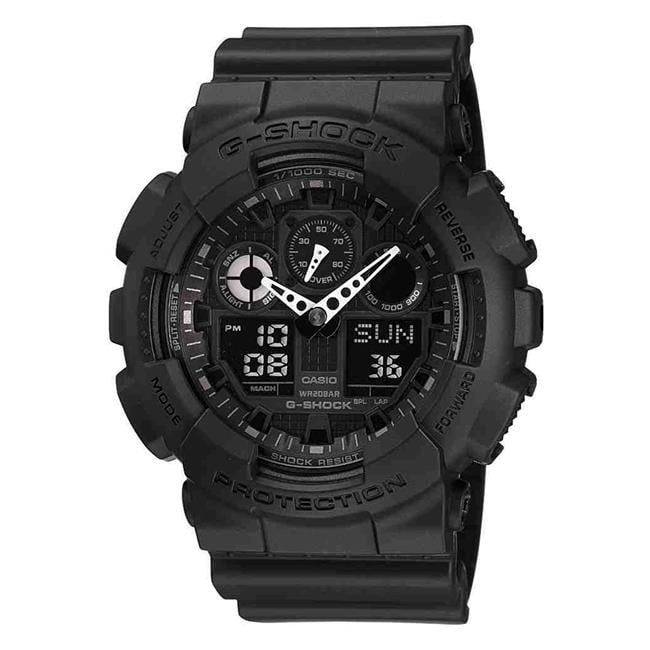 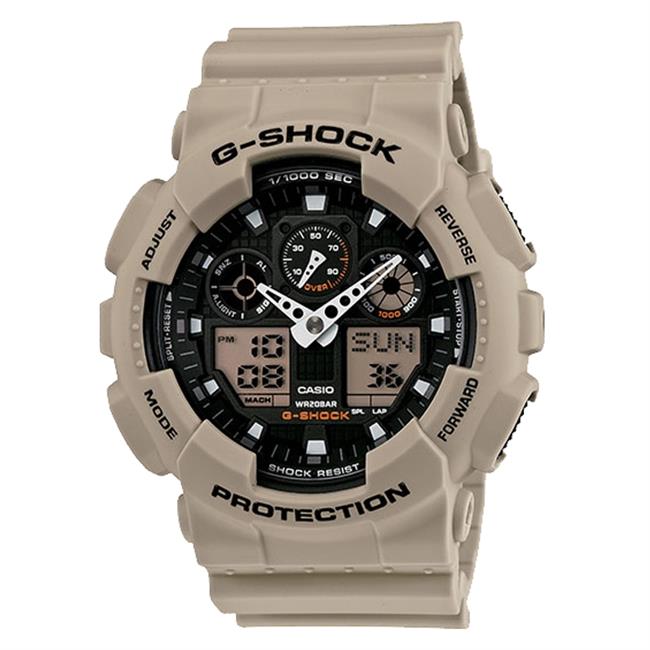 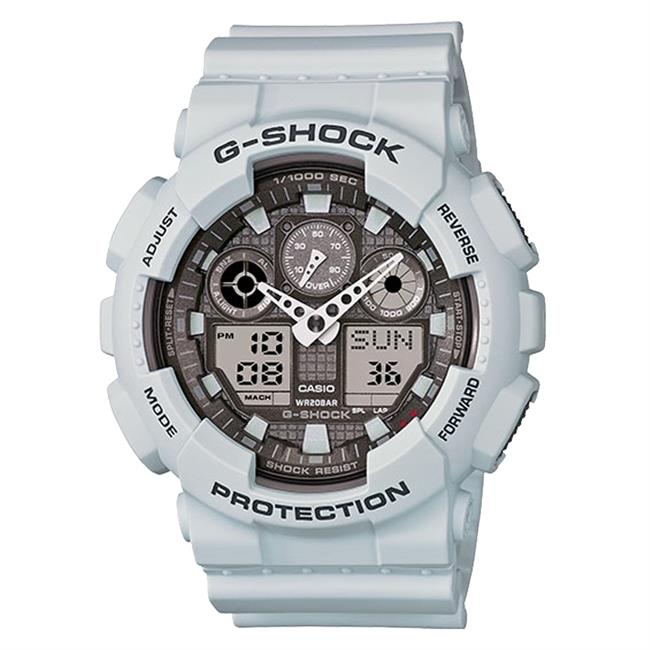 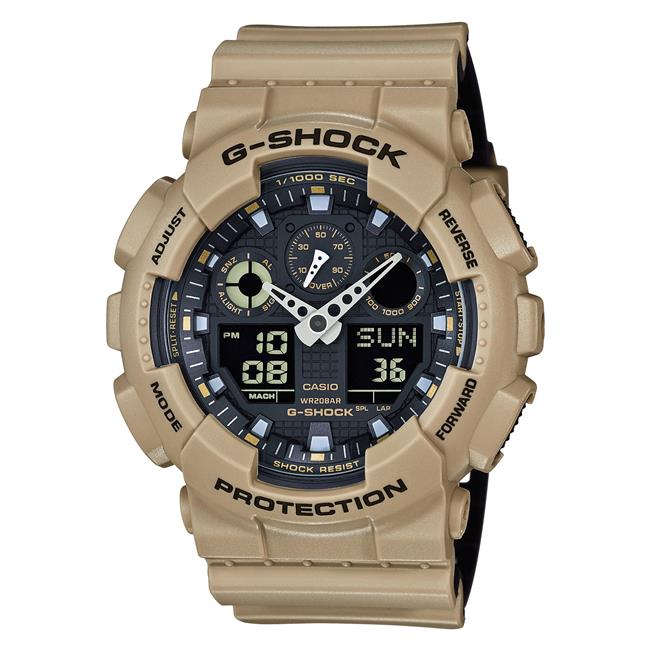 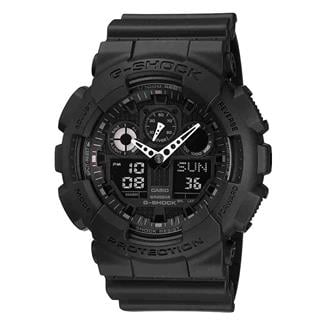 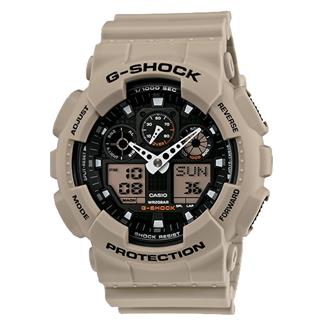 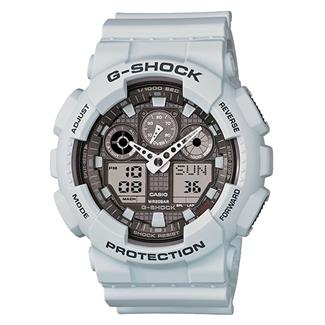 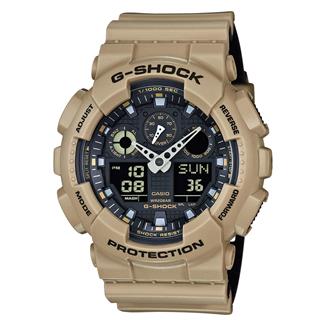 With this extra large watch comes a revolution in case size. The Casio Tactical G-Shock XL-G GA100 is analog-digital "three-eyed monster" that measures a whopping 55 x 51.2 x 16.9 millimeters, all with an attention to detail that is second to none. Large anti-skid buttons offer easy operation, embossed indexes boast a 3D look and a rivet bezel design adds strength to the watch's overall appearance. The watch is shock resistant, magnetic resistant and is water resistant up to 200 meters. Additional features include: four daily alarms and one snooze alarm, an auto LED light with afterglow, 29 time zones, an hourly time signal, a 1/1000 second stopwatch, speed and distance measurements, and a countdown timer.