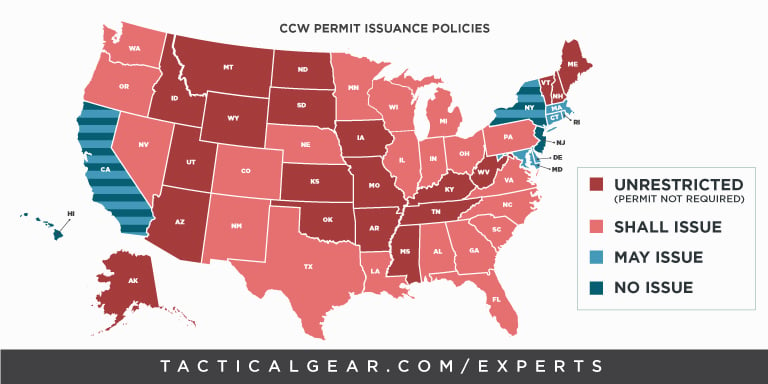 There are no overarching federal statutes regarding concealed carry laws and permits — each state (and, in some cases, individual counties) makes its own laws on the matter. Some states implement policies where, as long as you can legally own your handgun, you can carry it concealed just about anywhere. Others have laws about issuing CCW permits, and the likelihood of an applicant receiving a permit differs widely from state to state.

In this article, we'll cover all 50 states' policies on issuing concealed carry permits. Generally, there are four categories every state falls into regarding their probability of issuing a permit: constitutional (or unrestricted), shall issue, may issue and no issue. 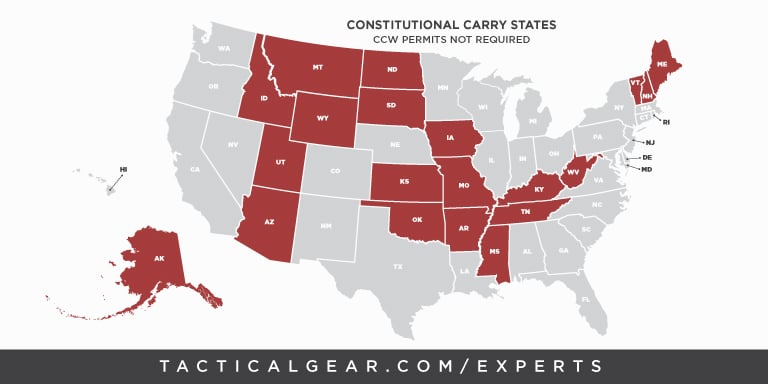 In states with constitutional (or unrestricted) carry, residents who legally purchased their handgun face no concealed carry restrictions (unless a private business they're entering notes otherwise). These states include Alaska, Arizona, Arkansas, Idaho, Kansas, Kentucky, Maine, Mississippi, Missouri, Montana, New Hampshire, North Dakota, Oklahoma, South Dakota, Utah, Vermont, West Virginia and Wyoming. Of these states, it's important to note that North Dakota and Wyoming only extend constitutional carry to their own residents; if you're an out-of-towner, you need a permit from your home state to conceal and carry in either of those places.

Some constitutional carry states have even more limitations than North Dakota and Wyoming. For example, Montana disallows CCW in federal, state and local government buildings, banks, and places where alcohol is sold. Even if you plan on carrying your handgun in a constitutional carry state, it's important to stay up-to-date on the laws and requirements that may apply. 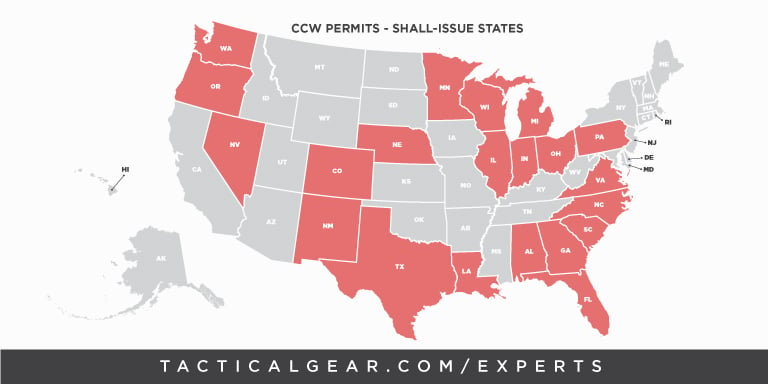 In shall-issue states, handgun owners need a permit to conceal and carry. There are certain criteria citizens must meet to obtain their permit, and the criteria are objective — if you meet them, you receive the permit. The governing authority issuing CCW licenses cannot deny a resident's application based on subjective criteria such as “a good, necessary and proper reason to conceal and carry,” or “the character” of the applicant. As long as you meet the standards, you'll get your permit.

Some typical requirements of a CCW application in shall-issue states include being a resident of the state, meeting an age requirement, completing a firearms safety training course, passing a background check and/or submitting fingerprints. Requirements vary by state, so it's a good idea to read up on your home state's specifications.

While most shall-issue states cannot deny a CCW application as long as the applicant meets the state's objective criteria, there are few of them that have a catch. Shall-issue states with limited discretion can still deny an applicant if authorities provide evidence that they're not suitable to conceal and carry (or that they lack a sufficient need for a permit).

If a resident is denied an application, they're not completely out of luck — the state provides an opportunity for the applicant to correct whatever discrepancies prevented them from attaining their permit in the first place. In the majority of cases, the denied applicant usually ends up receiving their permit after passing a background check and firearm training requirements. 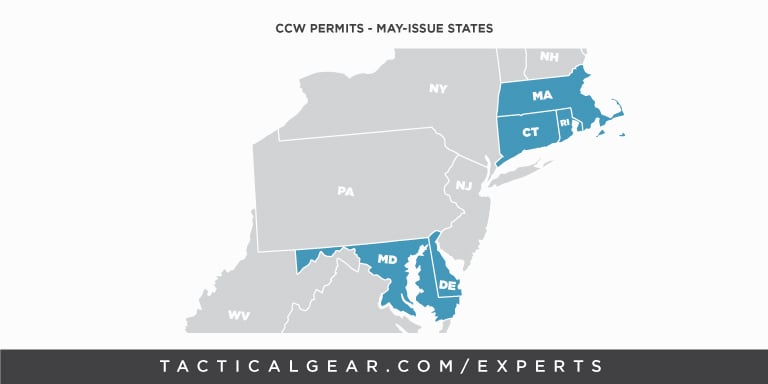 Authorities in may-issue states decide, on their own, whether or not an applicant has a “good cause” to receive a CCW permit, and self-defense isn't always a good enough reason. Officials can dismiss anyone's application without cause or justification. In some cases, residents of may-issue states are required to submit a resume, letters of reference, their credit history and even a mental health evaluation to prove they have a “suitable character” to conceal and carry.

States that fall into the may-issue category include Connecticut, Delaware, Maryland, Massachusetts and Rhode Island. 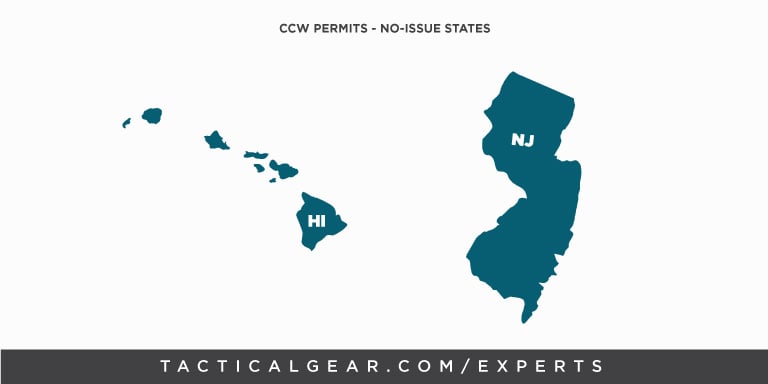 In no-issue states, the laws are simple (and extremely restrictive): with very limited exceptions, concealed carry permits simply are not issued. The exceptions mean that, technically, even no-issue states do issue permits in some instances, and no state is “truly” no-issue; in practice, however, it's virtually impossible for a normal resident to receive a CCW license. Hawaii and New Jersey both fall into the no-issue category. 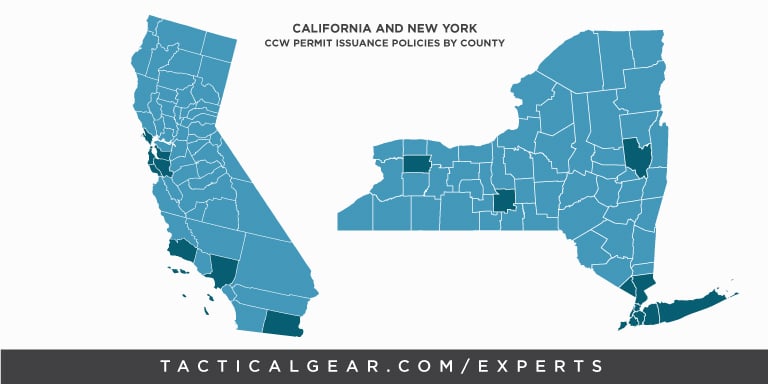 So far, we've established the concealed carry permit requirements of every state except two: New York and California. CCW requirements in these states, unlike the other 48, differ by county; most counties are shall-issue, but a not insignificant amount of counties from both states have no-issue laws on the books. Some may-issue counties in New York and California are more likely to issue concealed carry permits than others, but in the no-issue counties, it's essentially impossible to receive a CCW permit.

As you can probably tell by now, the ability to conceal and carry in the United States depends largely on the state in which you live. From no permit requirements at all to essentially being barred from concealing and carrying, laws around the country differ vastly and necessitate a wide range of obligations down to the county level. Nonetheless, it's imperative for responsible gun owners from all 50 states to learn the laws that apply to them and act accordingly.