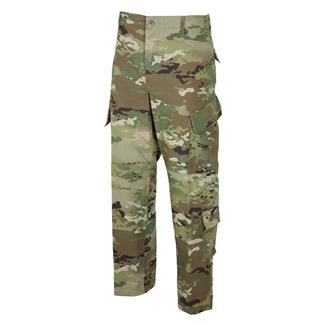 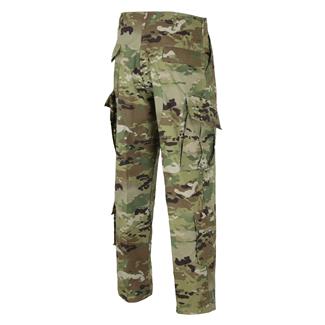 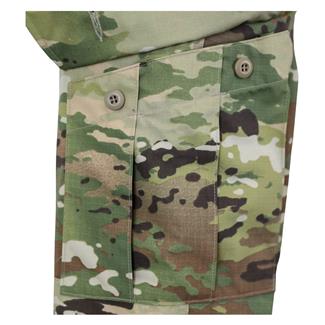 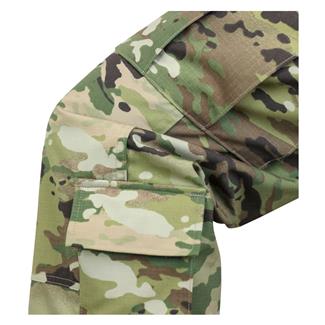 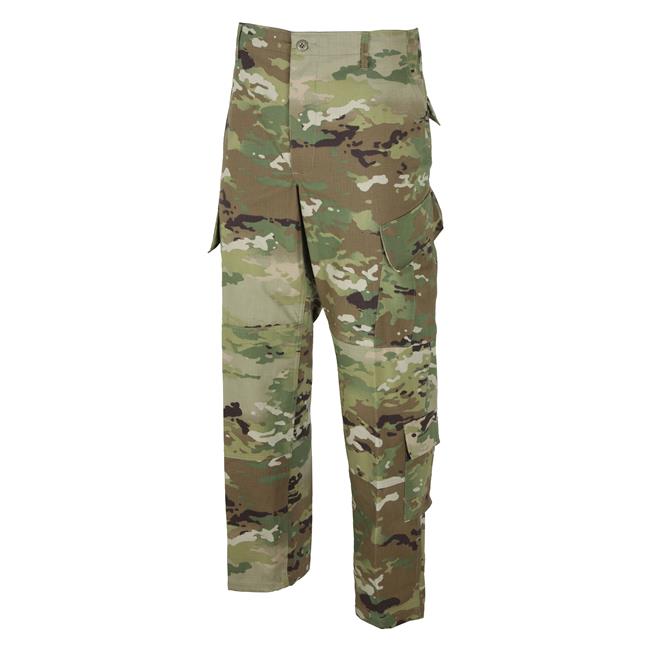 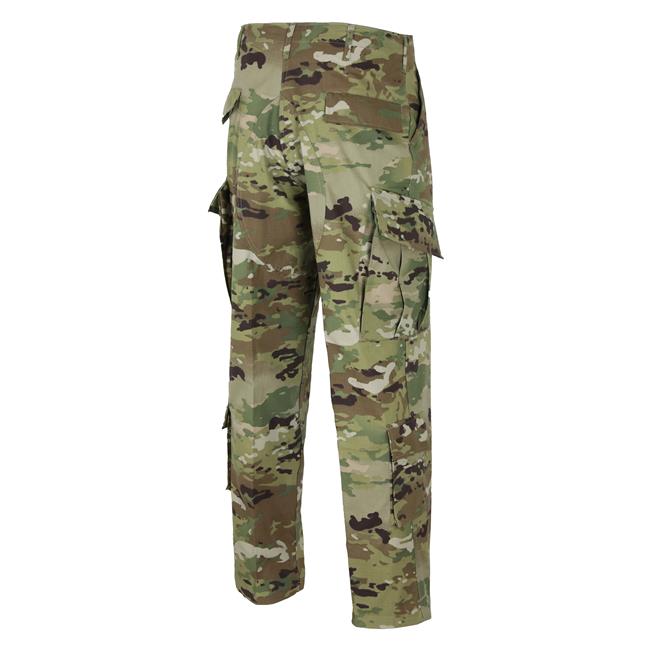 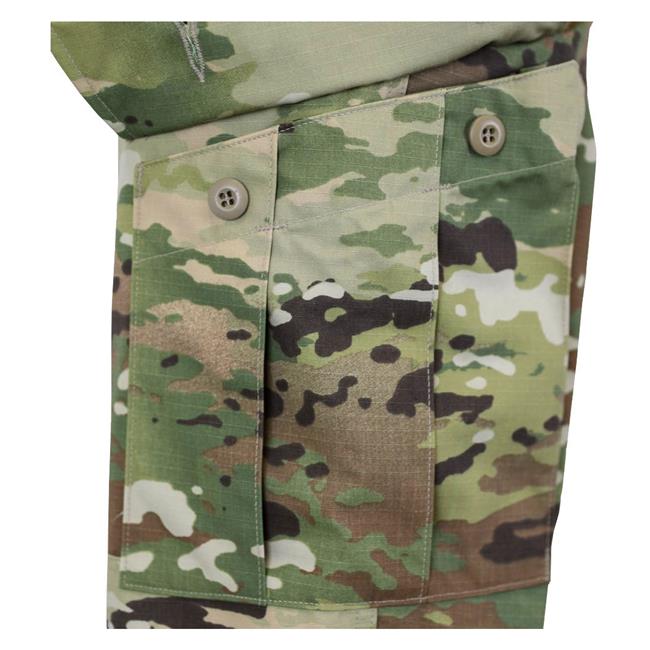 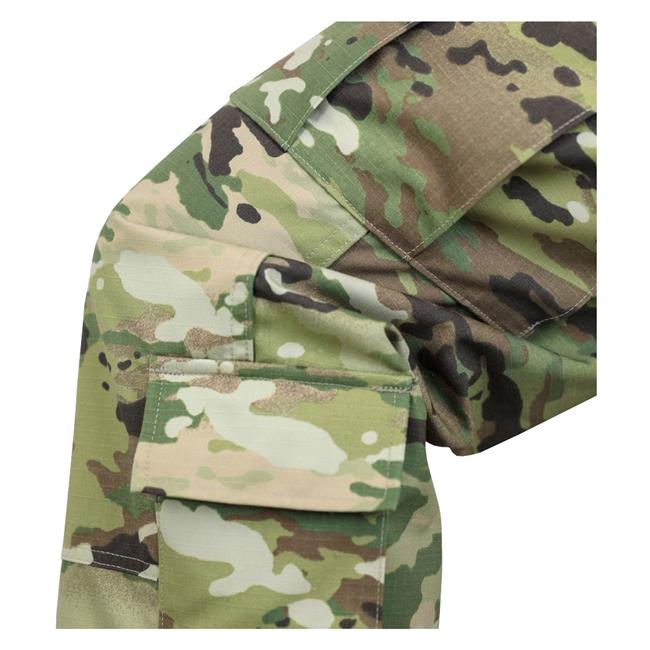 The Propper Cotton OCP Uniform Pants meet strict military standards and are authorized by both the U.S. Army and Air Force. The term OCP began with the Army and the name ACU (Army Combat Uniform) is often used interchangeably with it. Airmen may hear it referred to as the Combat Utility Uniform in official guidance from the Air Force. Developed from extensive post-combat surveys, these trousers are engineered to provide maximum concealment and protection in any environment. The military-grade stitching and reinforced knees help to extend the life of the garment. With a traditional button fly and plenty of pocket storage, these uniform pants offer plenty of combat functionality while also promoting a clean, professional appearance.