An Officer’s Guide to Vehicle Pursuits 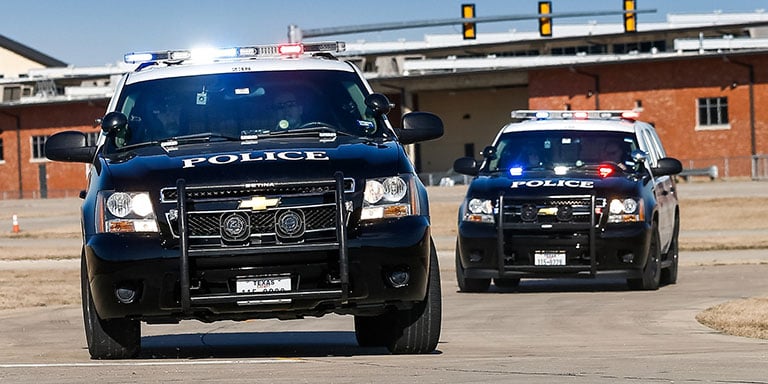 Vehicle pursuits remain one of the most dangerous activities an officer is likely to encounter while on patrol. There is nothing more frustrating than attempting to stop a vehicle and having the driver try to elude capture. It isn’t unusual for pursuits to reach dangerous speeds of over one hundred miles per hour. Knowing when and how to engage in a vehicle pursuit can make all the difference. 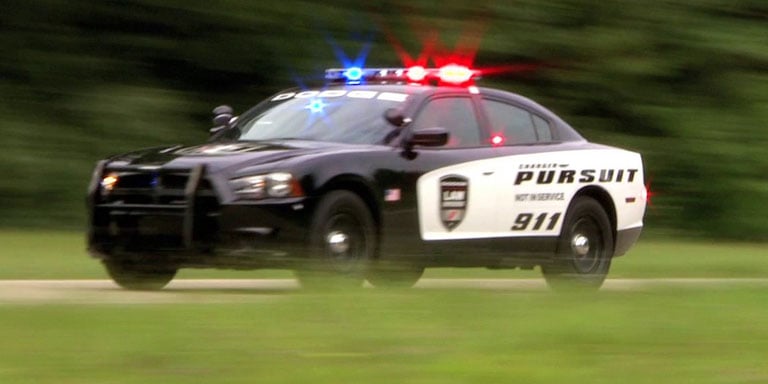 A motor vehicle pursuit is an active attempt by a law enforcement officer in a motor vehicle to apprehend one or more occupants of another moving vehicle, during which the officer uses emergency warning lights and an audible device. The officer must reasonably believe that the driver of the fleeing vehicle is aware of the officer’s attempt to stop them and is resisting apprehension. This resistance may come by increasing vehicle speed, ignoring the officer or otherwise attempting to elude the officer.

While vehicle pursuits can be intense and dangerous, it’s important to keep calm and remember your training. The following is a helpful list of terms used by officers attempting to apprehend a suspect during a vehicle pursuit.

Primary Unit: The law enforcement unit that first joins or initiates the pursuit, or any unit assuming the lead pursuit vehicle position.

Vehicle Paralleling: This is a deliberate offensive tactic by one or more patrol vehicles to drive alongside the fleeing vehicle while it is in motion. Many jurisdictions have banned this tactic due to the increased danger of the maneuver.

Boxing In: This is the surrounding of a violator’s vehicle with moving patrol units, which are then slowed to an eventual stop along with the violator’s vehicle. This technique is sometimes authorized in very specific low-speed situations.

Heading Off: This is an attempt to terminate a pursuit by pulling ahead of, behind or toward a violator’s moving vehicle to aggressively force it to the side of the road and causing it to stop.

The PIT Maneuver: The Precision Immobilization Technique, or PIT maneuver, was used by law enforcement starting in the 1980s to disable a fleeing vehicle. The PIT maneuver consists of a police vehicle applying lateral pressure to the fleeing target vehicle’s rear quarter panel, resulting in a predictable spinout action. This is generally only used in low-speed situations, in jurisdictions that allow it at all. The idea is to cause the target vehicle to spin out, but not roll over. 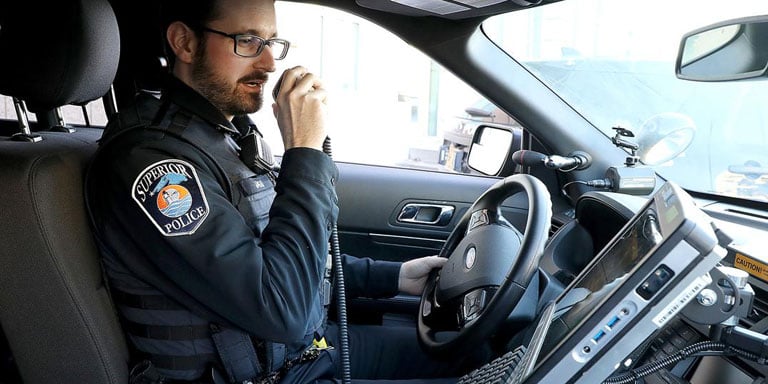 Most states write statewide pursuit guidelines or model policies that provide guidance to local police departments. It is usually left to each department to write its own policy within the guidelines to control their officer’s vehicle pursuits. Every officer needs to know and follow the department’s vehicle pursuit policies. The rules vary from state to state and even between jurisdictions. These rules should be committed to memory by each officer. There will be no time to search for answers in the seconds preceding the decision to initiate a pursuit. 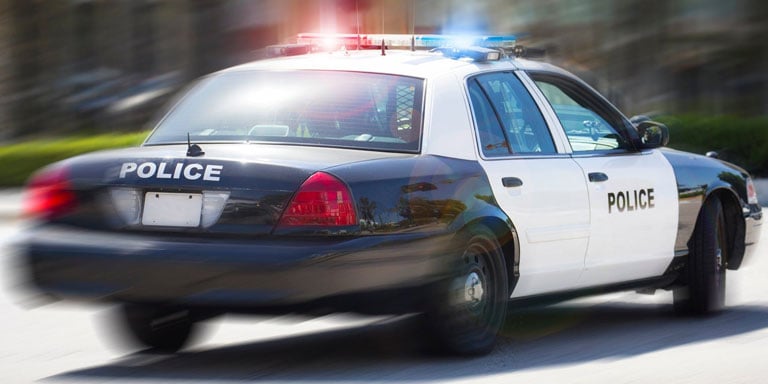 The pursuing officer must be able to answer several questions before a pursuit is initiated. What is the initial reason for the attempted vehicle stop? Was the reason for the stop to investigate an underlying crime or only a motor vehicle violation? Are the reasons and circumstances surrounding the pursuit permitted according to the particular department’s pursuit policy? Finally, is the danger to the officer and public created by the pursuit less than the potential threat to the public should the suspect escape capture?

Many times, when an officer is preparing to stop a vehicle, the officer is tipped off that the car may attempt to flee. Some early signs include the vehicle making several turns in succession, the vehicle speeding up or slowing down, or one or more windows being opened, making it possible to toss contraband. The officer should attempt to close the distance enough to read the plate number before activating the overhead lights to initiate the stop. A lot of people will not run until they are sure the police intend to stop them.

Motorists run for various reasons. Some are violent criminals, but many only have an outstanding warrant and they don’t want to go to jail. Others run because they think they can simply get away from the police and a traffic ticket. The thought process of most people who attempt to elude the police is deeply flawed. The only voices of reason during these events are that of the officer and their supervisor.

The level of danger continuously changes during a pursuit. It increases drastically as the vehicle’s speed increases, as it enters or leaves more populated areas or as the volume of vehicular and pedestrian traffic increases. The level of danger of a pursuit can also decrease as the fleeing vehicle slows or it enters more sparsely populated areas. Many factors must be considered and continuously re-evaluated as the pursuit continues or is terminated. 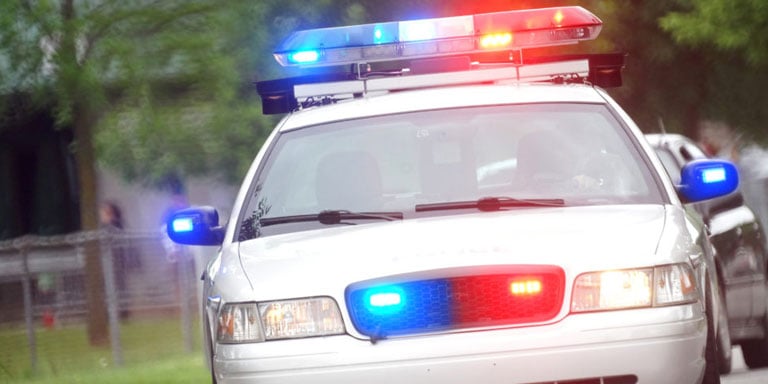 Upon the initiation of a vehicular pursuit and subject to departmental policy, the pursuing officer should:

Factors in Terminating a Pursuit 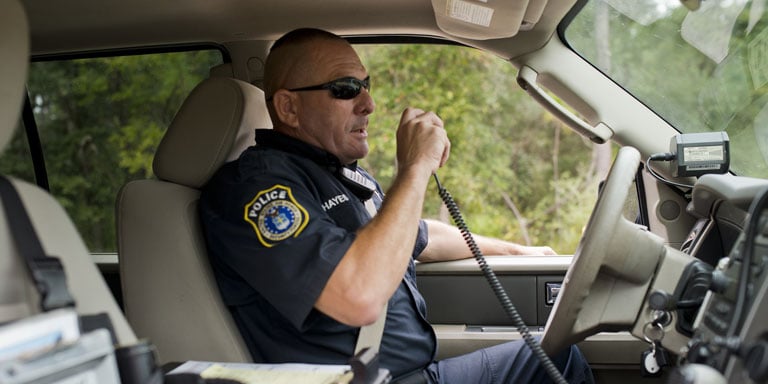 In most departments, the patrol supervisor or officer in charge will be immediately notified of the pursuit and monitor the radio transmissions. In the heat of the moment, the primary officer should concentrate on remaining in contact with the eluding vehicle. At speeds over one hundred miles per hour, an officer’s judgment may become clouded concerning the danger of continuing the pursuit. This is why the calmer, more experienced supervisor is monitoring the situation.

No police officer wants to hear the words, “Terminate the pursuit” from their supervisor. Yet the supervisor will be calmly considering a number of factors in making this unpopular decision. Here are some of the many factors a supervisor may consider: 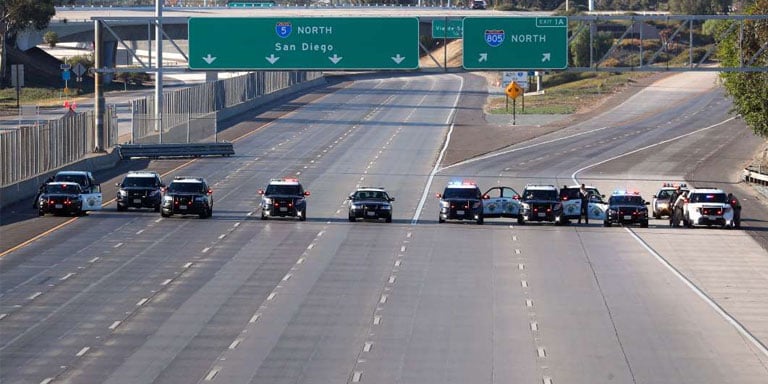 A roadblock is a barricade or physical obstruction set up in the roadway to stop or prevent or a fleeing vehicle. Historically, roadblocks were made up of several police vehicles placed across a roadway, at least partially blocking the path of a fleeing vehicle. Many departments and states have either banned all roadblocks or limit them to situations where deadly force would be authorized. 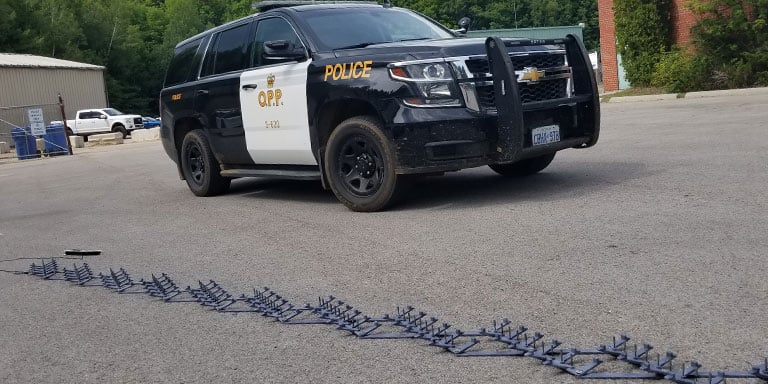 More commonly known as spike strips, these devices are kept in the trunk of some patrol vehicles. The vehicle with the spike strips must already be located ahead of where the pursuit is occurring. These work best on long, straight roadways where there are few opportunities for the vehicle to turn off. They have minimal effectiveness in densely populated urban areas where a fleeing vehicle may make frequent turns. Once deployed and effectively used to deflate a suspect’s tires, they must be quickly retracted before any other vehicles pass.

Recording the tag number of a vehicle before attempting to make a stop often leads the officer to identify the owner, if not the vehicle’s driver. Imagine the person’s surprise as they pull into their driveway only to be met by the police officer whom they eluded ten minutes earlier.

Another tactic is to allow the vehicle’s driver to think that the officer will not pursue them. As the vehicle speeds up, the officer turns off their overhead lights, waits a few seconds and then tries to follow the vehicle from a distance, just barely keeping them in their sight. Once the operator believes they are not being pursued, they will usually slow down. The officer can then follow the vehicle to its destination. The vehicle, having been used in the crime of eluding, may be towed in most jurisdictions. Watching their vehicle hooked by a tow truck may be the person’s first indication that they didn’t get away as cleanly as they thought.

High-speed vehicle pursuits are inherently dangerous. Great caution must be exercised in deciding when to engage in a pursuit and how far to take it. Every officer should at least consider the possible outcomes of a vehicle pursuit. The driver may be apprehended, which is the goal. However, the vehicle may only stop when it crashes, potentially causing death or serious injury to persons in that vehicle or others. Officers must always weigh these factors and, if they decide to pursue, they must do so safely and by the book. Drive smart and say safe.