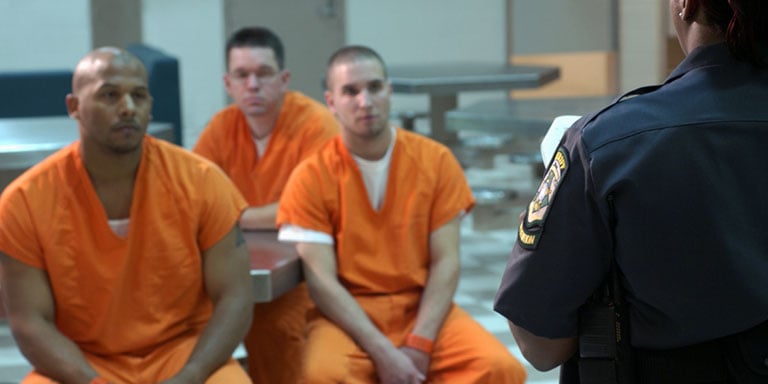 Part of the responsibility of the justice system is to combat recidivism so the crime rate can be reduced. Every link in the chain of law enforcement must play their part in this, and that even includes the detention staff who work the floors of every jail or prison in the world. What exactly is the correctional officer's role in the rehabilitation of inmates? 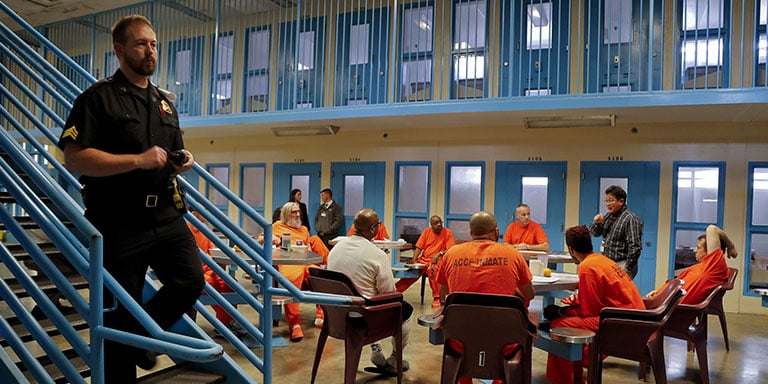 What responsibility falls on officers in a jail to the rehabilitation of inmates? The simple answer is in your job title. You are not called punishment officers or adult sitters. You are correctional officers. By definition, part of your job involves modification of negative behavior and positive reinforcement of good behavior. It is not always easy to get inmates to fall in line with your facility's rules, but controlling and stopping negative behavior is a small step in getting an inmate to change his mindset. It reinforces the ideal that good behavior has rewards. Correctional officers then become the first line of defense in the rehabilitation of an inmate.

While inmates have multiple interactions with different levels of law enforcement, they are left in the custody of correctional staff, who will interact with that individual for the rest of the time they will be kept in detention. That is a lot of time, and this allows correctional officers the opportunity to have a deep impact on inmate's lives, even if it is not readily apparent at the time. 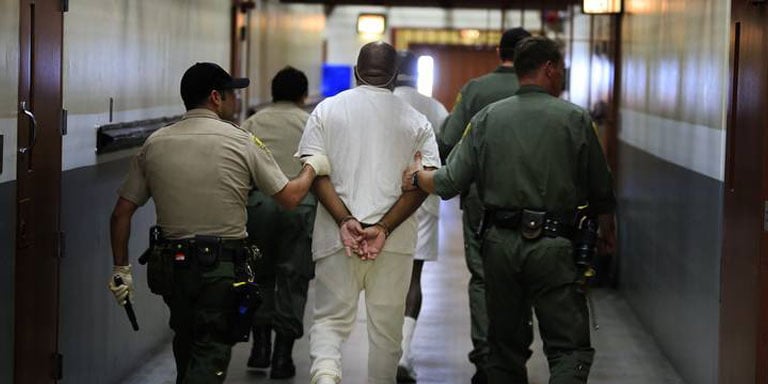 Inmates find out pretty quickly which officers they can trust and those they try to avoid. Other members of the law enforcement community will also learn through interactions with inmates which officers don't have the proper morals or ethics, and as a result they will not want to work with them. That information will get around departments pretty quickly. Eventually family and friends of the inmates will learn of an officer's reputation during visitation or through correspondence. If negative behavior is not addressed by administration, it could blossom into a much bigger problem. 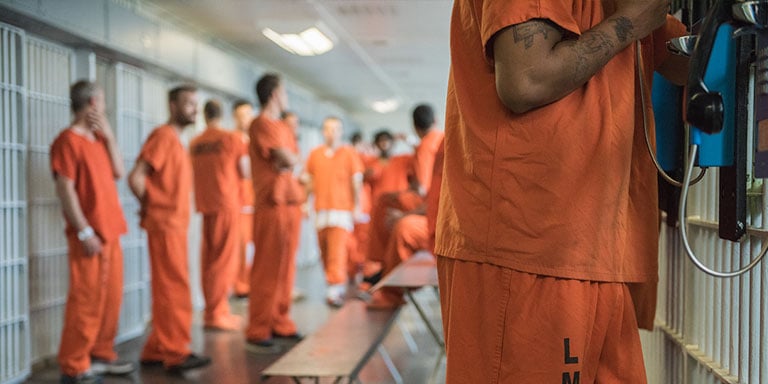 When working with inmates on a daily basis, a correctional officer will soon figure out that all inmates are not the same when it comes to rehabilitation. Some will never admit fault in any of their actions and see no reason to change. There are certain inmates who will say all the right things, promising they are going to change their lives this time. If that same inmate keeps coming back time and again for the same crime, how serious are they about change?

Most inmates seem to want to change, but they have no idea about how to make positive adjustments and make them stick. Sometimes it's the environment they live in, or toxic people they have in their lives. The inmate could have the best intention to make their lives better, and they could try really hard to improve. However, one little bump in the road or argument with a loved one can send them falling into the same negative mindset that leads to making poor choices.

When working in a detention facility you will recognize inmates who fall into this category. The question is: how can you know when an inmate is serious and is ready for a change? 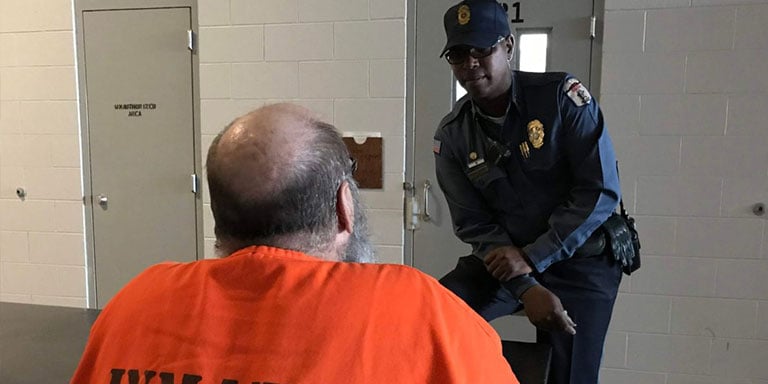 The daily interaction with the inmates is where being a positive influence begins. This is where a correctional officer will earn a reputation, good or bad. The foremost tool that any officer with a proper work ethic has is their integrity. That can manifest in many ways, but most obviously in your ability to be an honest person. When an inmate stops you while doing your rounds and they have a request, listen to them and respond accordingly. If it is a simple yes or no question, tell them the truth. If the inmate has a request for something like a hygiene item, tell them you will get that item for them and return with it as soon as you can. Sometimes it could be a more complicated request, such as checking on a court date or making contact with their probation officer. Tell the inmate you will check on it and actually do it. If something else comes up and you get busy or you simply forgot, be honest with the inmate and tell them you will take care of them as soon as you can. Keeping your word with the inmates will go a long way in ensuring good behavior when you are working.

One common pitfall is when the correctional staff gets too friendly with the inmates. This behavior could lead to many negative consequences, like inmates coming after you when they get out of jail, or even attempting inappropriate personal relationships of a sexual nature. You should always maintain an approachable but professional attitude when at work. Be courteous but never get too close or joke too much. The inmates should see you as an authority figure, not a friend.

Another aspect of maintaining professionalism is to not share any personal information. You need to keep your private life separate from your work life at all times. This way you will not bring negative work stress home with you and vice versa. Inmates shouldn't know about your family, friends, hobbies or home life. They should never know where you live or spend your time. Anything an inmate learns can easily be shared with all the other inmates in his cell block, or with your co-workers in a manner that could have undesirable consequences. Once the inmates realize that they will never get anything to use against you or manipulate you, they will stop trying.

Once an inmate begins to take positive steps, it is the job of correctional officers to be supportive of their choices. Verbally tell the inmate that you notice them trying to improve and that you are pleased for them. Telling an inmate you would be happy to never see them in this setting again, it could go a long way with them gaining a positive outlook. Words of encouragement from an officer they respect has an impact, even if it isn't obvious at the time. 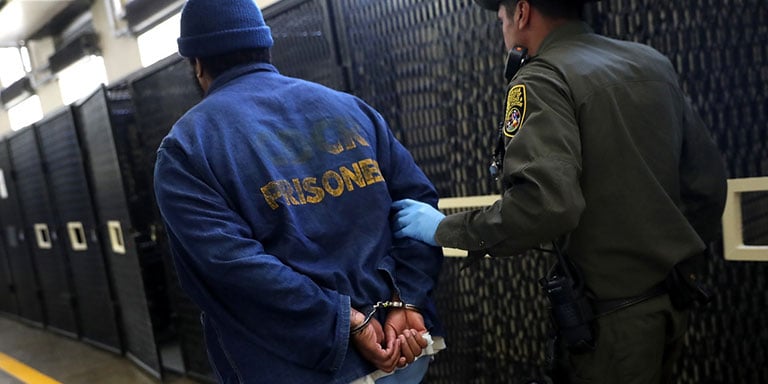 Even with your best efforts, some inmates will still feel the need to lash out at you and the other staff. It doesn't take much for a situation to escalate if the inmate feels disrespected or pressured inside or outside the jail (and if tensions do rise, remember to utilize de-escalation techniques). To many inmates, it's second nature to resort to anger if even the smallest thing goes wrong. Remember not to take it personally.

How you react in those situations will define you as a correctional officer. It doesn't matter if you like the inmate or not, you cannot let bad behavior slide. Follow your facility's policies and procedures and document anything you have personally witnessed. Punishments are different for minor or major violations. Make sure the penalty fits the crime.

The most important aspect of discipline is to carry it out fairly. It shouldn't matter if you are dealing with the best behaved inmate in the jail, or the one who is always in trouble. If the violation they commit is the same, then they have to get the same punishment. If the other inmates see that you show no favoritism and handle incidents by the book, they will appreciate your fairness and will learn to trust your judgement. 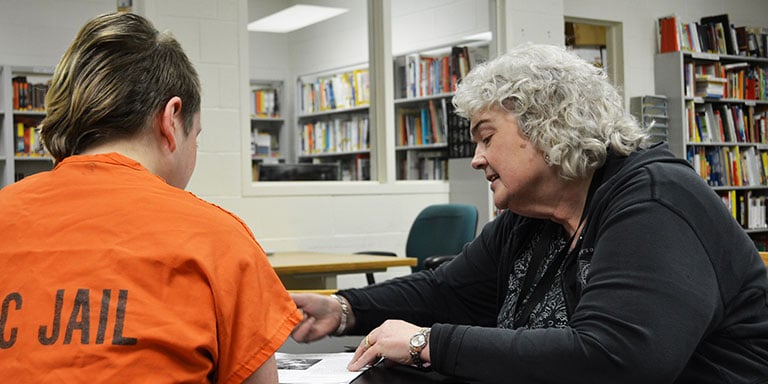 Once you become an experienced officer you can get to know the inmates well enough that you will recognize when something is wrong with one of them. The inmate could be less talkative, or moving in a different manner. They could not be following routines they typically do every day. Even the other inmates may let you know that an inmate is in some sort of distress. At times like this you can really reach an inmate by simply taking the time to talk with them.

An integral part of this practice is taking the inmate out of the cell and talking to them in an area the other inmates cannot view. Many times the inmate in distress will try to put on a show for his cell mates to display dominance. By taking him out of that element, the inmate is more likely to open up and talk honestly. Let the inmate tell you what the problem is and be attentive to the points he is trying to make. A large part of getting through to an inmate is just listening to them. This is another way of being a positive role model and gaining their respect as an officer and as a person.

There will be times when all you need to do is let the inmate blow off steam. Be a sounding board for them. Remember that they don't resent you personally, so don't take anything they say to heart. If they have a problem that has a simple solution, do what you can to fix it. Again, the inmate will appreciate that you took the time to just listen to them.

The coaching aspect of your job changes when you are dealing with inmates who have added duties around the jail like working in the kitchen or laundry. Depending on your facility, they may even be allowed to work time off of their sentences. If one of these inmates misbehaves, you have the option to take those privileges away from them. If an inmate has earned the right to work outside of their cell, they probably feel a special pride and like having the sense of normalcy. They will not want to lose that privilege, but sometimes they can get complacent and begin feeling empowered to push the envelope. Taking that away from them will definitely get their attention.

What makes this work is having the option to return the privilege if their behavior improves and they know further violations could cost them time they have worked off already. This will help show the inmate that good behavior gets results. It will help them do better during their time in the jail and with their life outside upon release.

Getting an inmate to see that someone with authority is willing to give them a chance can go a long way. People who are constantly in trouble with the law usually have negative feelings towards authority figures. A correctional officer can make an impression on an inmate that allows them to turn a corner and make positive changes that lead to a better life for them and their family.

Many people who work in the corrections field may feel underappreciated and think their job is not making an impact. The truth is, correction officers leave an impression, especially upon the people who rely on them for their daily needs. An officer who provides a positive example shows inmates the level of success they can reach. If you are lucky, one day a person who you knew at their worst time will thank you for helping them. The best feeling is knowing you had a direct hand in making sure a person will never end up in jail again.