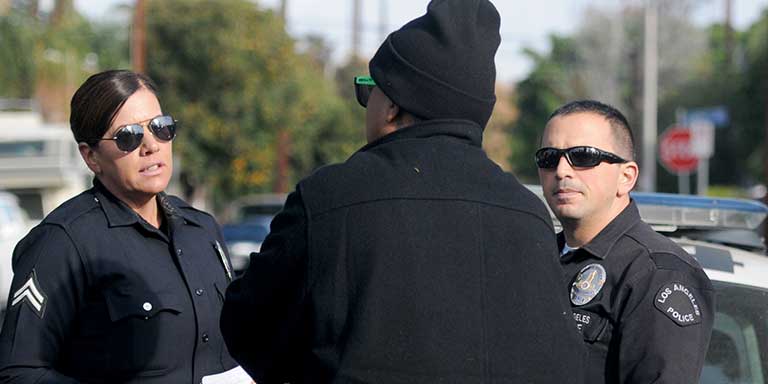 Law enforcement often responds to calls where one or more people are expressing extreme anger or agitation. It is important for today's police officers to be able to use de-escalation techniques to create a calm, peaceful situation. Not everyone an officer encounters will be able to de-escalate and cooperate. However, with the right level of training and expertise, in many cases it is possible. 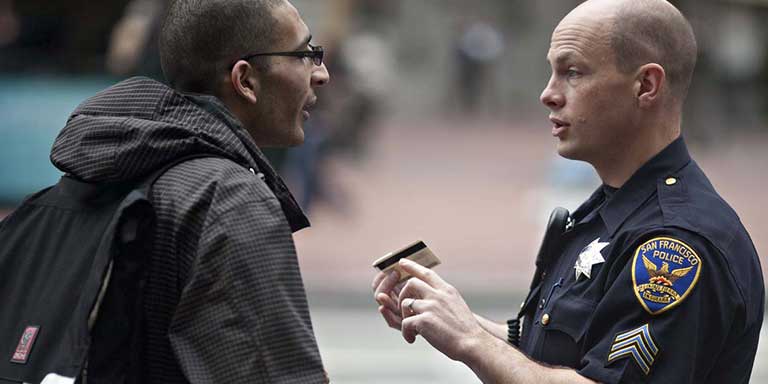 De-escalation is the application of psychology to aid a highly agitated person in bringing their emotions under control. These techniques allow an officer to achieve their lawful objective through the person's voluntary compliance.

Think of de-escalation as tactically using specific language to achieve a positive outcome. It allows an officer to take control of a person without force. If the officer can apply the correct principles, there will be fewer physical confrontations. 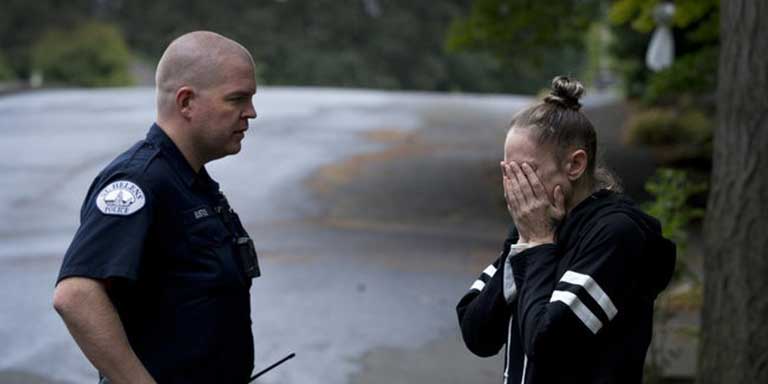 Trying to reason with a person in a highly agitated, amygdala-hijacked state is like talking to a wall. The person will not be able to listen, and even if they hear the officer, they will not be able to understand or rationalize while in this state.

Calming a Person Down 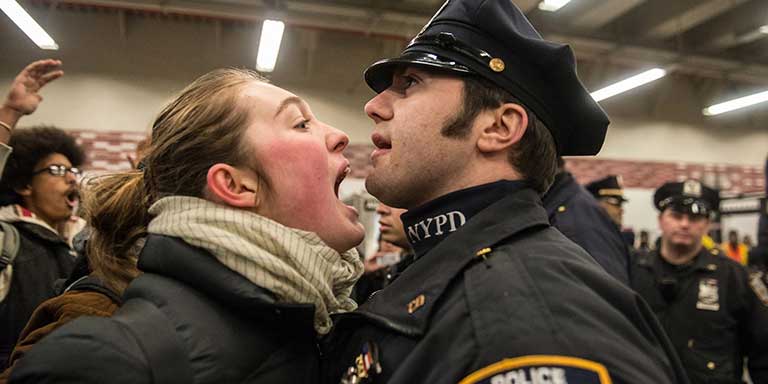 Departments ask a lot of their officers. De-escalation training can be compared to the complexity of hostage negotiation. Officers are being trained to use persuasive words and techniques to accomplish voluntary compliance in diverse situations. They have to be able to recognize and react to certain behaviors, overcome obstacles and negativity while maintaining control — all while convincing the person to peacefully comply. At no time should an officer place themselves at great physical risk in order to de-escalate someone. Officer de-escalation techniques are designed to control a particular individual and are not techniques that are easily applied to a crowd or demonstration scenario.

The officer's first job is to calm the person down from their state of extreme agitation. They have to be in a mental state in which they are capable of listening to reason. Many times, the agitated individual will yell at the officer. Shouting over them and commanding them to calm down will not work, and will likely have the opposite of the intended effect.

The next part is the most difficult for most officers, as it goes against the instinct to command and control the situation. Instead of demanding that the person immediately calm down and be quiet, try listening. Allow the person to have their say, uninterrupted, even if they are disrespectful. Actively listen to what they are saying. The calmness of your demeanor will have a soothing effect on them.

Physically, you'll want to forgo the combat bladed stance and take a more neutral, squared stance. Have your hands open and at your sides. If you really want to demonstrate that you're not a threat, turn your palms slightly up as you speak to them. This is a strong non-verbal method of communicating that you are not there to hurt them.

These short phrases can be repeated until they sink in and the person starts to calm down. The officer does not want to be perceived as a threat, but rather someone who will do what they can to make things better. The officer has to be fully engaged in the process, showing sincere concern. If the officer is merely going through the motions, the techniques will not work. If the officer has been actively listening, they will be able to paraphrase the person's complaints back to them:

This will help the officer in two ways. First, it will demonstrate they care because they are actively listening. Second, it will allow the person to say "Yes, that's right," or "No, I'm angry because…(some other reason)" 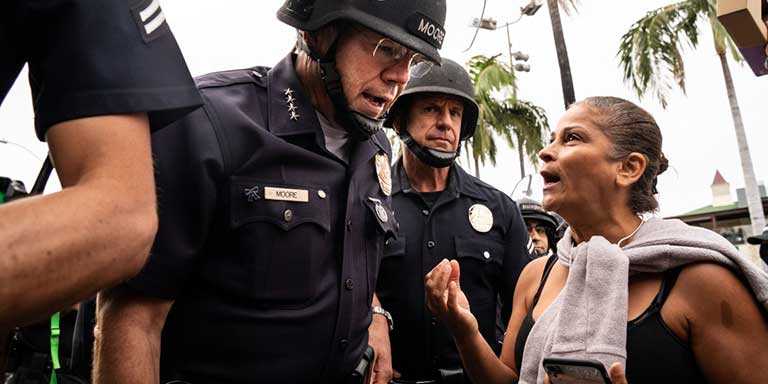 Once the officer has lowered the person's emotional state through active listening, feedback and discussion, the officer should now be able to reason with them. This is where empathy comes in. The officer should try to put themselves in the other person's shoes to understand their feelings, behavior and what will motivate them to cooperate.

Using this knowledge, the officer should describe why it is in the person's best interest to do what the officer says. Many times, this will involve some face-saving measures offered by the officer. This requires intelligence, the ability to think on one's feet and good communication skills. People will almost always act in their own self-interest, so the goal is to convince them that cooperation is a smart move.

Here is a common example most officers will face at some point: a highly agitated man is accused of committing a domestic assault. He must be taken into custody, but is refusing to be handcuffed. The calmness and understanding of the officer must bring the man's emotional level to a state where he can understand reason and make good choices.

Through active listening, the officer hears that the man is upset because he believes his wife was the aggressor and that she should be the one who is arrested. This statement is paraphrased by the officer back to the man so he can confirm that's why he is upset.

The officer then explains some of the particulars of domestic violence law and advises the man that being taken into custody does not mean he is guilty of anything. The officer then tells the man that he does not believe the man is a violent person. However, the officer should also tell him that a struggle with the police over being handcuffed might demonstrate to a judge that he was capable of violent behavior. By acting reasonably and complying with the officer, the man will show he is not violent as is being alleged. It is in his best interest to voluntarily comply.

Every person and every situation is different. An officer's ability to quickly think on their feet is essential to being successful in de-escalation.

Some citizens will be especially challenging. Being under the influence of alcohol or narcotics will make the process more difficult. A person with a mental illness might also seem unreachable. However, psychiatric professionals regularly use de-escalation techniques to calm their patients, build trust, and take control without the use of restraints, drugs, or physical force. A well trained police officer is capable of this as well. 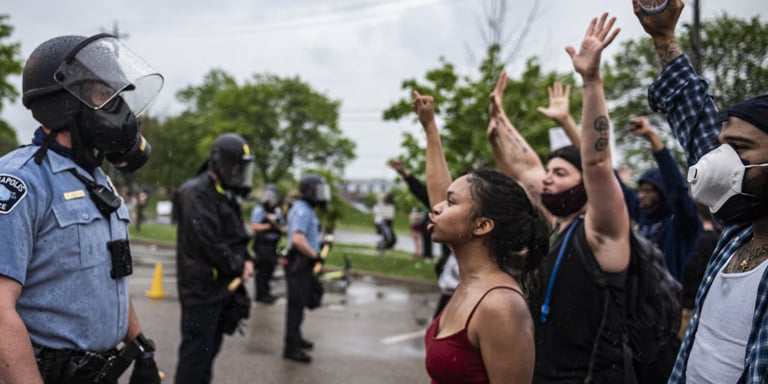 First, don't take anything said by an emotional or highly agitated individual personally. Their anger may be directed at the officer, but it is rarely the officer they are actually angry with. Once a person regains emotional control, it is not unusual for the person to be embarrassed by their own behavior. There are a number of ways to respond to a verbal insult:

This is a technique known as deflecting, and it is quite effective. Generally, insults only continue if they work. If the person sees they have no effect on the officer, they typically give up. An officer should never trade insults with an agitated person. This demonstrates that the person got under the officer's skin, which encourages further insults. 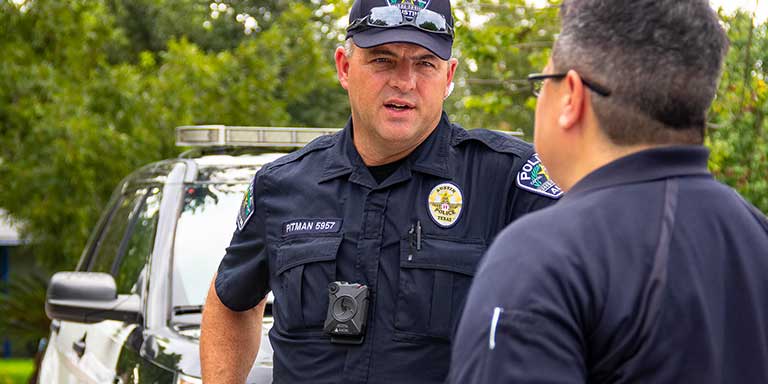 Officers who are proficient in de-escalation techniques have far fewer physical confrontations. They will also have to use physical force less often to take citizens into custody. Less physical contact means fewer officer injuries and fewer citizen complaints. An officer who is proficient in de-escalation will be sought out by people who have dealt with them previously. They know this officer will show them respect and treat them well.

Why Does it Require Training? 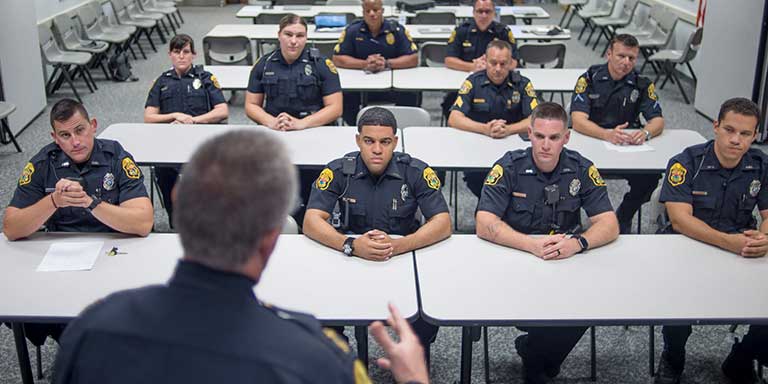 De-escalation is the ability to apply psychology to real-world situations. The officer must have the ability to recognize a person's emotional state and react accordingly. Officers must be trained in active listening, including how to react to negative behaviors (such as insults) and how to overcome resistance with words. Finally, the officer must paint a mental picture as to why cooperation is in the person's own self-interest.

A Few More Do's and Don'ts 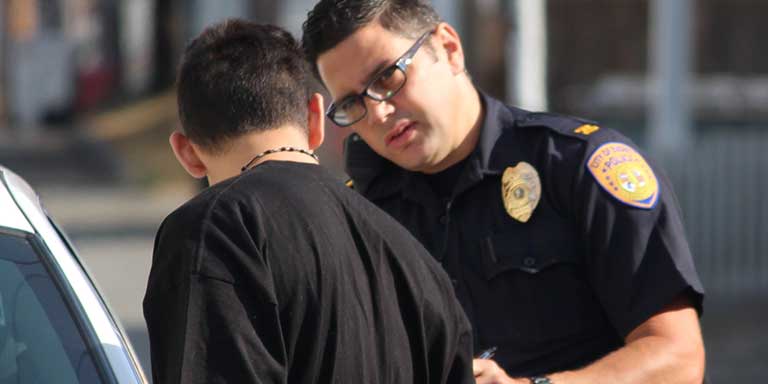 Many officers can describe a person that got under their skin to the point that they were pushed over the edge. In police work, rage is a reaction officers must train themselves to overcome. Once they know what is happening, a well-trained officer can override the amygdala impulses.

An officer must be aware of what triggers their feelings of rage. Through this recognition, the officer will know when it may be time to step away and have another officer step in.

To overcome feelings of rage, an officer should slow down their breathing and focus on rational thoughts. The officer is forcing control back to the frontal cortex. Now, with reason and logic returning, they can act appropriately in a de-escalation situation.

The art and science of de-escalation is a learned skill which will take time, training and practice. The most powerful weapon in any officer’s tool box is their brain. An officer must be able to identify when a person is seeing red. Use a calm, open and respectful demeanor to talk the person back to a calmer state and gain a little trust. Then, reason with the person, convincing them that cooperation is in their own self-interest. Watching a skilled, veteran officer talk a combative offender into passive cooperation is awesome. Officers who achieve this level of skill are highly prized by their departments, as well as the citizens they serve.