How to Choose a Tactical Flashlight 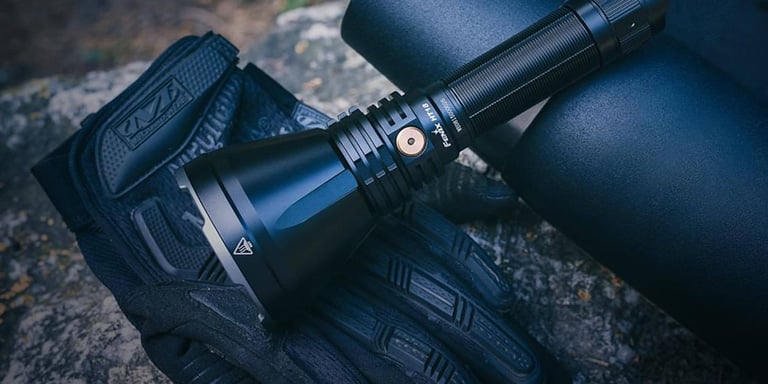 Tactical flashlights are very different from a plastic flashlight someone might reach for during a blackout. There are several characteristics that make a flashlight tactical. They are normally made of sound, sturdy materials that are often weather and waterproof. They resist damage during hard impacts and are exceptionally bright. They are able to maintain a long battery life and often have military and law enforcement applications. With these properties in mind, we will help you navigate your options to find the best tactical flashlight for you.

Before considering something as technical as which level of IPX waterproof protection you may need, one of the first choices is to decide on which style of tactical flashlight suits you. There are several to choose from, each with their own unique purpose and qualities.

In this short video, Michael from ASP covers everything you need to know about choosing a tactical flashlight. ASP is an industry leading manufacturer of expandable batons, restraints and other police gear For more than forty years, ASP has had a single-minded focus on providing law enforcement officers with the finest tools for the safe performance of their duties, and industry-leading training in the use of those tools. Shop ASP 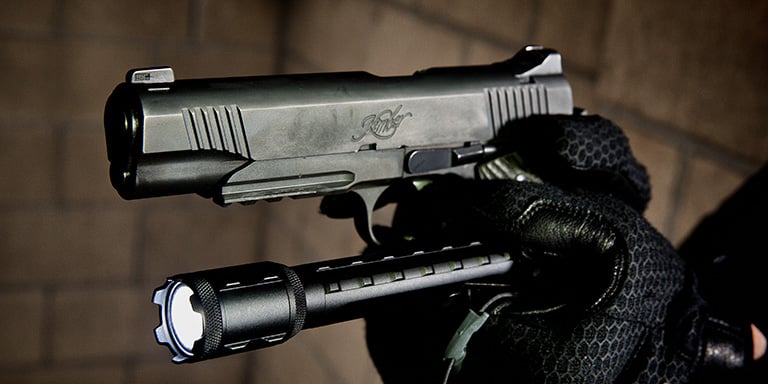 Beam distance is the distance at which a light can still product at least 0.25 lux. A lux is defined as the lumens per surface area of a light's beam. While the overall lumens of a tactical light give an idea of that light's brightness, beam distance indicates when (and by how much) the flashlight's beam begins to fade away.

Beam distance is affected by the lens and bezel of the light as well as how focused the light's beam is. If a flashlight has a wider beam, its light will not reach as far. If a light has a narrow beam, it can shine very far but can't light up many things around it. When choosing a tactical light, it is important to find one that shines both far and brightly. 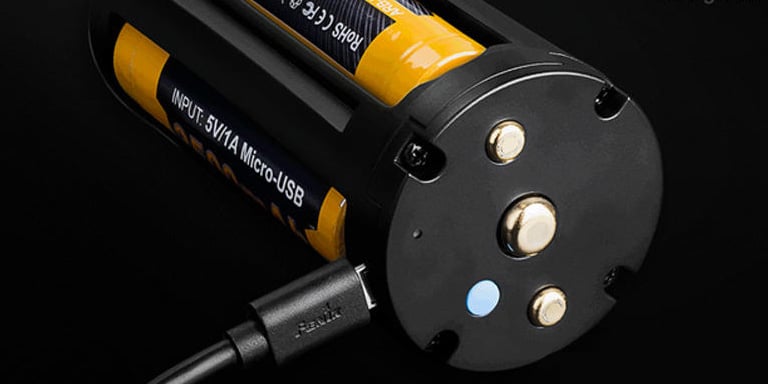 The life of a flashlight's battery is measured by how long it takes a fully-charged light to drop to 10% of its original value. Flashlight battery life is directly affected by the light's output — the brighter a flashlight shines, the more quickly its battery drains. There are two ways a flashlight uses energy: regulated or unregulated. Each system has its pros and cons.

Unregulated
In an unregulated flashlight, the beam starts at its brightest point and consistently gets dimmer and dimmer until it dies. While less light becomes available over time, the steady loss of light gives an idea as to how much battery life is left, helping to avoid a complete and unexpected loss of light. Unregulated flashlights allow you to budget your battery life better for when you need it most. 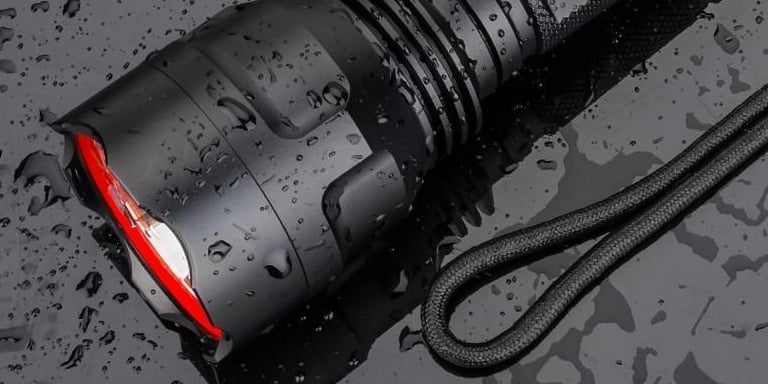 In the course of duty, a flashlight may encounter water in a number of scenarios. Most commonly, water damage to flashlights occurs in heavy rainfall. A light becoming completely submerged is not unheard of, however, especially when navigating complex terrain. It’s a good idea to choose a flashlight with water protection.

The IPX scale (developed through ANSI/NEMA FL-1) indicates a flashlight's level of water resistance. The higher its IPX rating, the more water a tactical light can withstand over a longer period of time.

At IPX4, a tactical flashlight is considered water-resistant. Water can be splashed on it from all sides without any getting inside and the light will function normally. Shop Water-Resistant Tactical Flashlights

At IPX7, a tactical flashlight is considered waterproof. It can be submerged in up to one meter of water for thirty minutes or less and still operate properly. Shop Waterproof Tactical Flashlights

At IPX8, a tactical flashlight is considered submersible. It can last up to four hours in depths greater than one meter and still work when it is taken out. Shop Submersible Tactical Flashlights

Functions and Features of a Tactical Flashlight

There are thousands of tactical flashlights, each with a myriad of functions and features. A soldier may need a large, durable flashlight with high lumens and different light modes while a detective may require a smaller, more low-profile light that doesn't draw much attention. Different options exist to cover any and all needs you may have to do your job well. 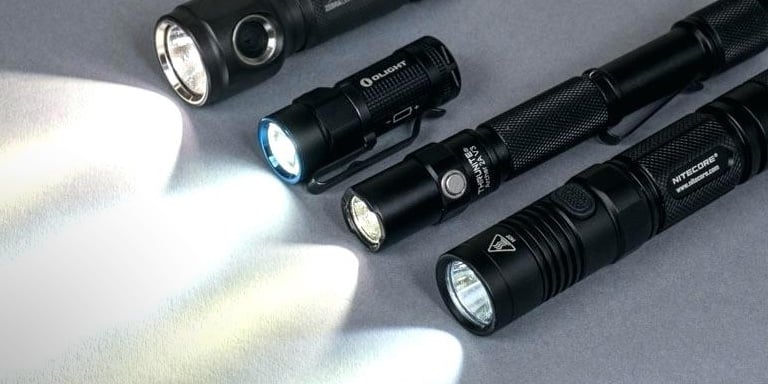 A useful and practical feature, the beams of some tactical flashlights can be dimmed or brightened by cycling through different light modes. Police officers scouring the woods for a suspect, for example, would brighten their beam to increase visibility. On the other hand, lowering the brightness of your light can help avoid detection. This lowered output is also very effective at preserving battery life.

Many tactical flashlights also come equipped with a strobe mode which causes the light to flicker on and off very quickly. On particularly bright lights, the strobe setting can be used to disorient anyone downrange. It can also be used to signal for help if you become stranded. 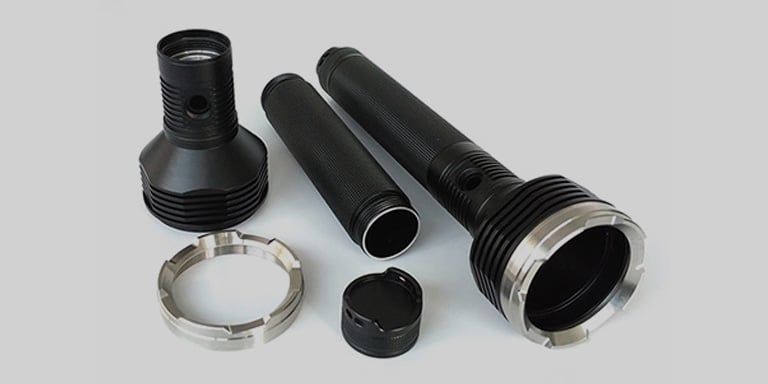 Because they are expected to face tough blows and take a lot of abuse, tactical flashlights are made of strong, durable materials that won't bend, break or crack easily. A variety of different materials are available depending on your budget and the kind of use you expect to get out of your flashlight. Each carries its own advantages and disadvantages. 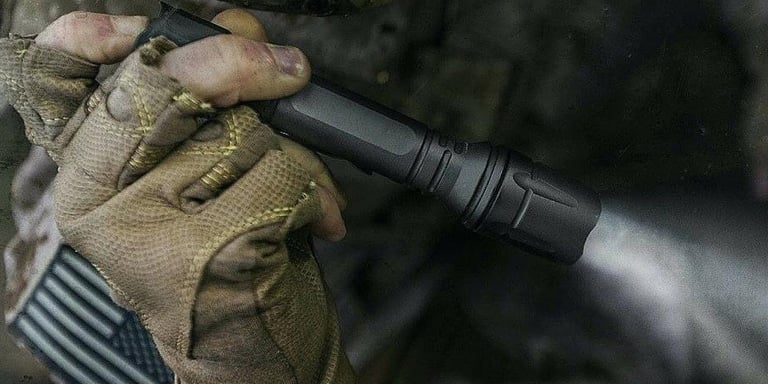 A tactical flashlight's controls are designed to make it easy to operate and intuitive to use. A light with a rotating bezel for brightness adjustment as opposed to a clicky on and off button can mean the difference between stealth and unwanted attention. You should put some thought into your light's controls before you buy.

Sometimes it's helpful for your flashlight's beam to have a wide radius. Other times, you may need a more narrow beam that reaches a bit further. When choosing a tactical light, it is wise to consider a flashlight's beam type and how that beam type will affect how you use the light.

Flood (or fixed) beam
A flood beam is a wide swath of light that covers broader but shorter distances. This type of beam is helpful when surveying a large, open area.

Spot (or focused) beam
A spot beam is a narrow light beam that reaches far but doesn't shine on a lot of things. This type of beam is helpful when you're looking for something smaller and further away.

Adjustable beam
A tactical flashlight with an adjustable beam is perhaps the most useful. These lights allow you to manually change the width and distance of the light beam based on your most immediate needs. It offers the best of both a flood and a spot beam. 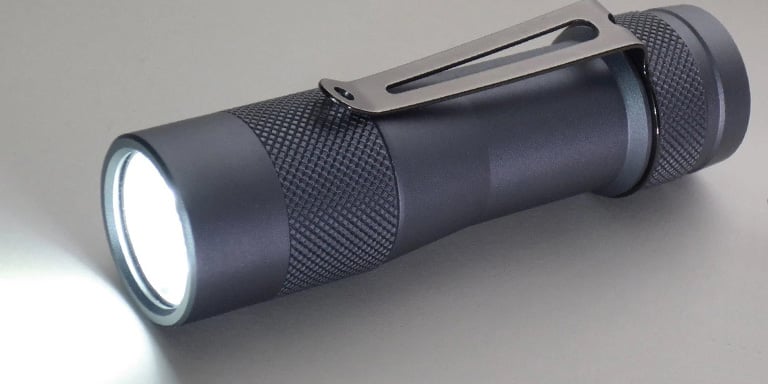 For a long time, incandescent and xenon light bulbs came standard in flashlights. There were virtually no alternatives, so it made sense to use them. They did have caveats, though. They were expensive and they got very hot very quickly. They drained the battery life of a light and they didn't produce a lot of light.

As technology progressed, LED (Light Emitting Diode) bulbs came along and offered a better solution. They have much longer battery lives than incandescent and xenon bulbs. They don't get nearly as hot, they are brighter and much more cost-effective. LED bulbs are now standard in tactical flashlights and are the absolute best option to use. 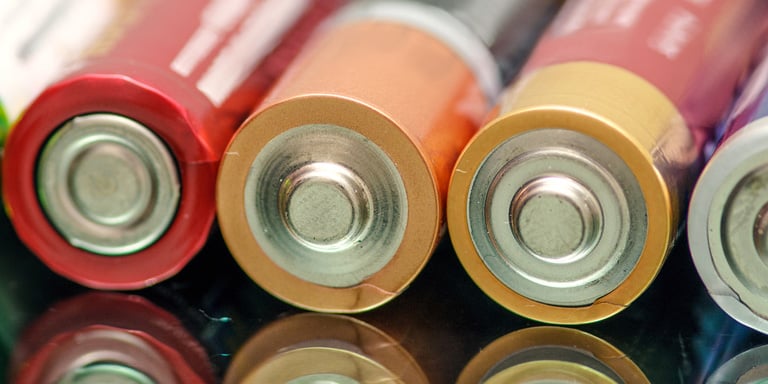 The type of battery your flashlight can accept will have a direct impact on the light's runtime and performance. There are a few options to consider. Some work better in certain situations than others, so choose carefully and decide based on the kind of use you expect to get out of your tactical flashlight.

Disposable Batteries
Disposable batteries like AA, AAA and CR123A batteries are very common. They are a great option if you plan on using your light for a long, continuous period because if they die, they can be swapped out (as long as you have fresh ones on hand). One caveat, however, is that it can be expensive to buy and replace batteries, especially if you use your light often.

Rechargeable Batteries
Rechargeable batteries (like 18650s and 20700s) are a great, cost-effective alternative to disposable batteries. Because you can charge them over and over, you won't be spending nearly as much to fuel your torch. Always bring a fresh set with you though — if they die and you don't have spares with you, your light will be out of commission.

Built-in Batteries
Built-in flashlight batteries are convenient and budget-friendly. They are usually lithium-ion and, because they come built-in, you won't have to worry about buying extras and carrying them around. One major drawback of built-in batteries, though, is that once they die, the battery is dead until you can take the time to recharge with a micro USB cord.

Renewable Batteries
These batteries are often powered via built-in solar panels or a hand crank. It is recommended to reserve flashlights with these kinds of batteries for emergency use only; they do not offer the power or level of brightness of a typical tactical flashlight. If you're looking for a duty light, it would be wise to pass up these kinds of lights and batteries for something a bit stronger.

There is no such thing as a "perfect" tactical flashlight — the best one for you depends on your specific needs. Before you decide on the light you want, you need to understand what you need it to do. That decision takes a lot of research, a lot of considerations and a little expertise. Once you finally find the right one though, you'll have a tool in your arsenal that will perform the way you need it to, keep you safe and offer invaluable aid in any situation.