How to Choose Your Army Job (MOS) 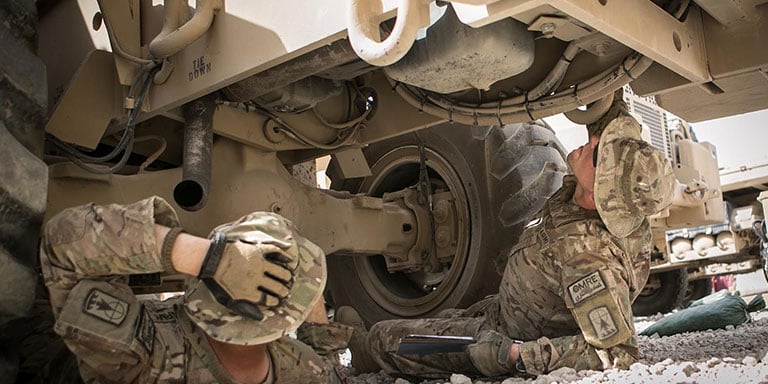 If you're thinking about joining the Army, "What job should I choose?" is probably one of the top questions on your mind. An Army Military Occupational Specialty (MOS) is a job code, and every soldier has one. Although it's possible to change jobs after you've signed up, it's not easy to do and it doesn't happen often, so it's crucial to ensure you make the best choice the first time.

In this guide, we'll review the process of selecting your MOS and the test scores you'll need. We'll also briefly introduce some of the most common MOSs and touch on the basic ways in which enlisted, officer and warrant officer MOSs differ.

How Do I Choose an MOS? 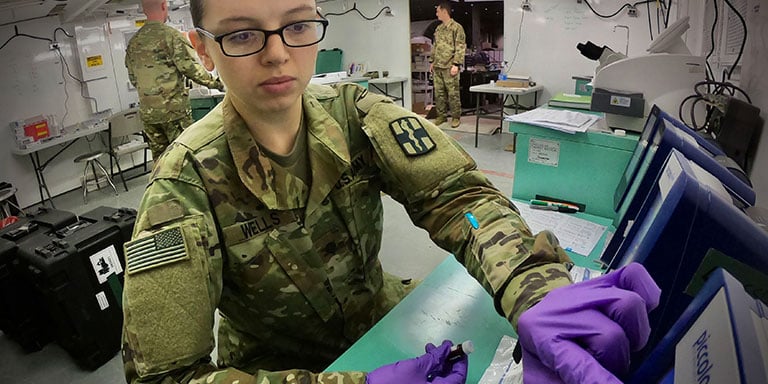 As in civilian life, your work hours in the Army will be much more productive and enjoyable if you choose a job that closely aligns with your interests, skills and values. Before going to speak with a recruiter, spend some time thinking carefully about jobs you'd like to do for at least six years, research them and their military equivalents (if any exist), and make a list of your top three to five choices.

The Army has 159 jobs, and you're free to choose any of them, with three caveats:

Some jobs also require a security clearance, and to obtain one, you'll have to undergo a background check and several other screenings. Some minor criminal convictions that wouldn't exclude you from military service altogether may make certain jobs unavailable to you.

For the most part, pay is not a factor in choosing your MOS because you'll be paid based on your rank, duty station and a few other factors that aren't related to your job. However, certain jobs that the Army has a particular need for come with one-time signup bonuses that can reach $10,000 or more — sometimes up to $40,000 for particularly high-skill, high-demand jobs.

Beware the siren song of the signup bonus. Many soldiers are miserable because they went for the big check attached to a job they didn't really want. In the long run, you'll be much happier and more productive if you choose a job well-suited to you rather than the one with the biggest bonus. A signup bonus can be a factor in your decision, but it shouldn't be the primary one. 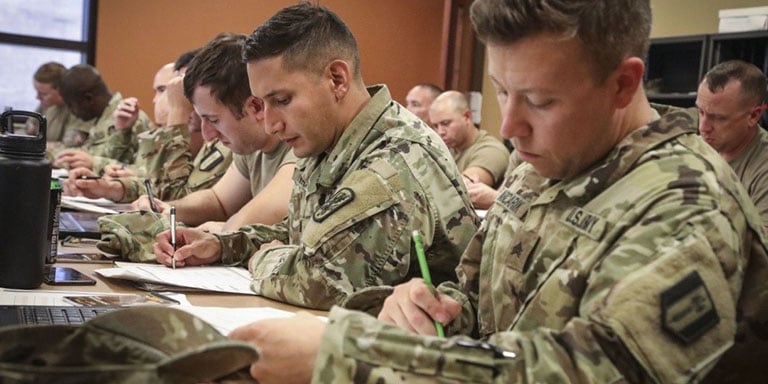 All prospective military service members must take the ASVAB, which aims to measure your aptitude in ten areas:

These basic scores are then combined into "line scores," which aim to more precisely describe your aptitude in various military-specific skill sets. These line scores are:

There is a component of the ASVAB called the Armed Forces Qualification Test (AFQT), which is more of a general knowledge test and is scored separately. In order to be eligible to enlist in the military at all, you must achieve at least a 31 on the AFQT if you have or soon will have a high school diploma. If you have a GED, you'll need at least a 50 on the AFQT.

In addition to a minimum AFQT score, you must also achieve a minimum ASVAB score that varies by MOS. The scoring algorithm is somewhat complicated, but here's the short version: each MOS requires certain minimum scores in the subsections most relevant to that job. For instance, combat-oriented jobs such as 11B (infantryman) and 12B (combat engineer) require higher scores on the VE, AS, and MC portions of the test.

Your recruiter can provide study materials and general tips to help you prepare for the ASVAB. You're allowed to retake the test any number of times, but there are significant waiting periods in between attempts. You can try a second time thirty days after the first attempt, but you must wait six months between subsequent retakes. Finally, note that your most recent score, not your highest score, will be the one used for MOS qualification purposes.

One way or another, the MOS you choose will have an effect on your post-military career. Some military jobs translate well into the civilian sector, but others don't, and you may waste or duplicate years of effort if you don't carefully research your post-military job prospects. Beware recruiters who tell you that all military jobs set you up for success as a civilian because you'll learn "discipline" and "leadership." Civilian employers — even those who preferentially hire veterans — want specific, marketable skills that are directly relevant to their products, services and customers.

Unfortunately, the credentials you earn in the military generally aren't recognized by civilian employers and schools. There are exceptions, though, and Veterans.gov and American Job Centers are good places to start looking for work after you leave the military — both have job boards and other resources to help you get in touch with employers who like to hire veterans. Some employers may even weigh your military training just as they would a comparable civilian program or degree, but these opportunities are fairly rare, so be prepared to search far and wide to find them. 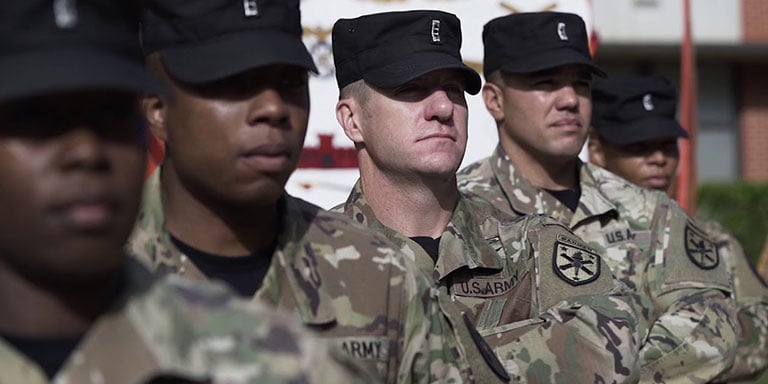 Enlisted personnel, officers and warrant officers do many of the same things in the Army, but they focus on different aspects of the same jobs. For this reason, each type of soldier has different jobs and MOS codes.

Certain Army jobs are always in high demand, either from the Army's perspective, from that of new recruits or both. Here's a short guide to five jobs that the Army pretty much always needs — some of which often come with lucrative signup bonuses. 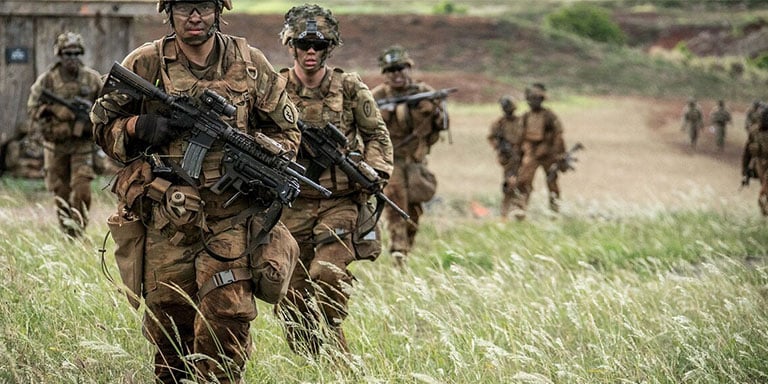 The backbone of the Army's combat force, infantrymen make up about 15% of the Army and are almost always in demand, especially in wartime. 11Bs are trained in small arms, squad tactics, reconnaissance, prisoner processing and transport and other skills crucial to frontline combat soldiers. 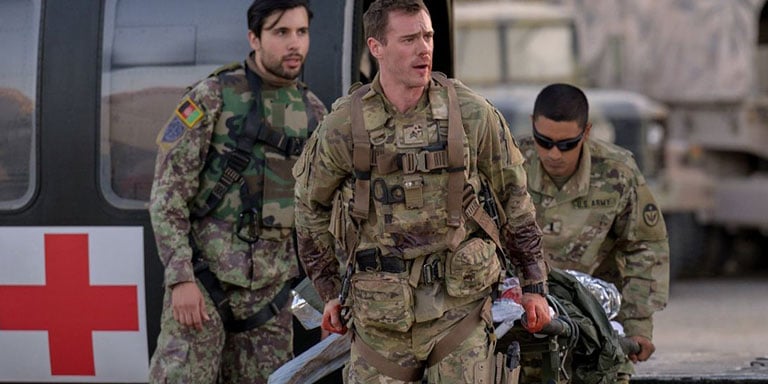 Combat medics are experts at treating critical injuries in a variety of settings from hospitals and temporary clinics to battlefields. They also perform routine medical checkups, prescribe medications from a limited list and assist doctors with complex procedures. Along with the other 68-series MOSs, combat medics are responsible for giving first aid to their fellow soldiers — and, in some cases, they render medical aid to civilians as well. 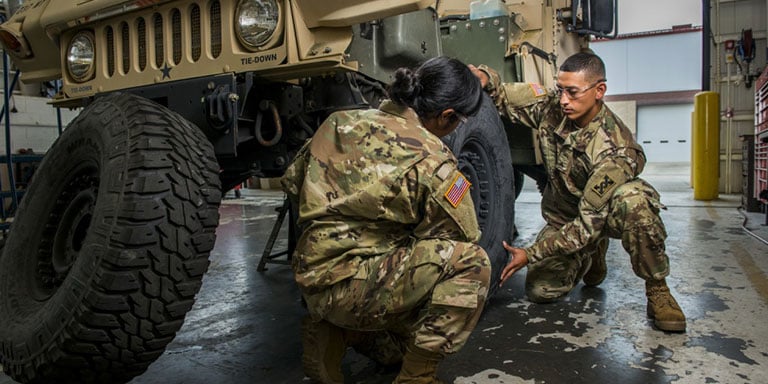 Wheeled vehicle mechanics repair and maintain most of the Army's light and heavy ground vehicles. They do field repairs, maintain electrical systems and requisition new parts as needed. 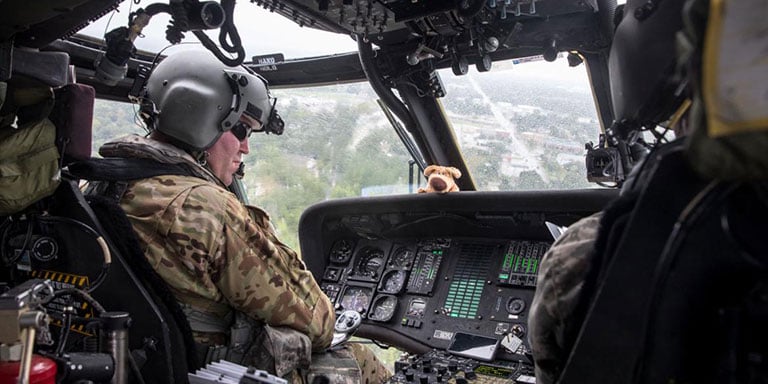 As an 09W helicopter pilot, you'll learn a lot about aviation science — and, of course, how to fly helicopters. This training is heavily combat-oriented and will severely test your ability to remain calm and execute difficult skills under pressure. If you graduate and earn your pilot wings, you'll be a highly desirable candidate should you ever want to seek work as a pilot in the civilian world. 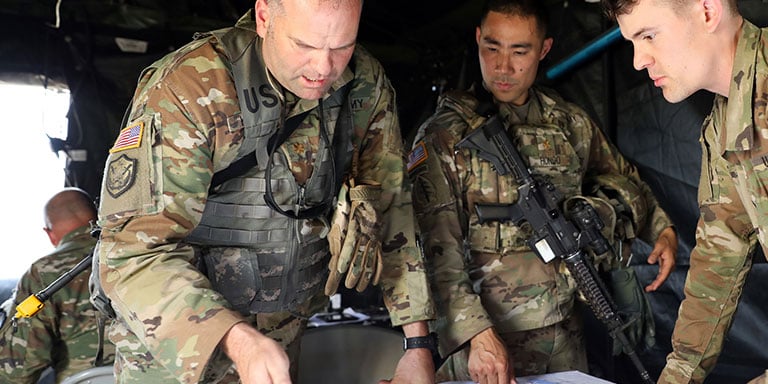 Intelligence analysts gather, process, sort and report data that is critical to successful Army operations. 35Fs must be capable of distilling large amounts of complex, jargon-heavy data into plain English that other soldiers can easily understand. If you like puzzles, charts and/or graphs, this could be the MOS for you.

With so many Army jobs to choose from, there's probably at least one that could segue nicely into a career you'll love. Although recruiters have quotas to fill and may prefer you to make a decision quickly, you owe it to yourself (and to the Army) to take your time and choose an MOS well-suited to your skills and interests. This decision will have long-term effects on your life, and you'll probably only get to make it once, so be sure to do your research and ask plenty of questions.