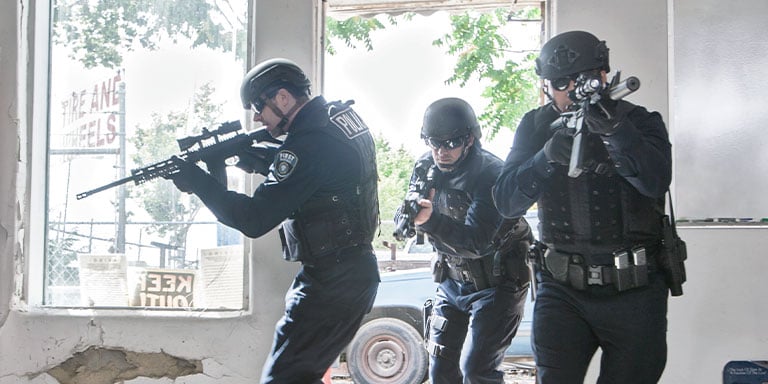 The objectives of a drug raid are always the same, but each raid comes with its own set of variables and obstacles that pose a challenge to police officers. Proper preparation specifically tailored to the investigation and its circumstances will provide the highest probability of success.

The mission of a drug raid is to make a swift entry into a structure being used to hold or sell illegal substances. The entry team must both secure the location before the drugs are destroyed and secure those present without causing any injuries. This is a difficult and dangerous task, so we outlined some of the basics of the process to help aid with planning, coordination and execution of a drug raid. 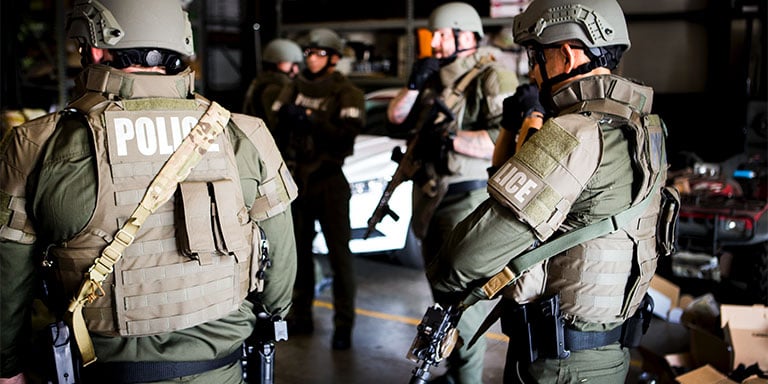 A raid plan must be carefully thought out based on the intelligence the investigation develops. Much of the actionable intelligence will come from confidential sources of information; in fact, an informant may be an investigator's best information source. They can potentially provide:

A good informant can assist a detective in drawing a diagram or rough floor plan of the target location. The intel they provide should be corroborated whenever possible. The use of a second informant, independent of the first, can help to verify the accuracy of the information. In some circumstances, the town or city building department can provide a copy of a residence's blueprints. For example, fire departments require plans for many commercial buildings and apartment complexes. It is essential that the entry team knows what they are likely to encounter.

Many drug operations have security or an early warning system, usually lookouts or exterior video cameras. One challenge officers face before a raid is determining how to defeat the surveillance. Solutions may include finding a blind spot that can be breached or causing a diversion to the lookout's attention.

Conducting a drug raid at the right time is crucial to the success of the mission. The goal is to conduct the raid when the principal target is at the location and actively dealing. Additionally, the raid should be timed so there is a sufficient amount of drugs at the location to make a case against the dealer (this is what is commonly called “holding dealer weight”).

For example, the best time to raid a drug house is right after the dealer receives a new package. In street terms, this is called “re-upping.” Conversely, the worst time to organize a raid is when a location runs out of drugs and is waiting for a resupply. A combination of timely confidential informant information and good surveillance is key to knowing the right time to strike. 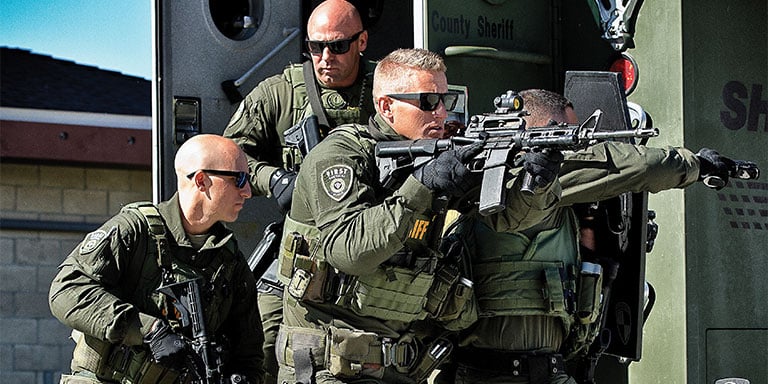 While large police departments may have entry teams who train together, many departments across the country are limited to the officers working a specific shift. The most important person on the team is the case agent or detective who built the case; this individual is usually the search warrant affiant. It's their responsibility to conduct the pre-raid briefing and lay out the entry plan (unless a tactical commander is present to explain the entry). This detective should ensure that the team enters through the correct location and that the targets of the warrant are secured while the search is conducted.

The second-most important person in the raid is the officer in charge of evidence collection and documentation. This officer should be detail-oriented with experience in handling, photographing and collecting evidence.

It is always preferable to have several uniformed officers with the raid team, as uniformed officers are immediately identifiable as police. It's also important to note that secrecy is always a significant concern when planning a drug raid. The location of the raid should be on a need-to-know basis. The address should not be relayed to any civilian support personnel until after the entry is made.

The Constitutional Standard for Warrants

All search warrants are controlled by the Fourth Amendment to the Constitution, which states:

The right of the people to be secure in their persons, houses, papers, and effects, against unreasonable searches and seizures, shall not be violated, and no warrants shall issue, but upon probable cause, supported by oath or affirmation, and particularly describing the place to be searched, and the persons or things to be seized.

State and federal courts have further defined the meaning of specific terms found within the Fourth Amendment, including:

Also, the kinds of places investigators may search for information (like computers, smart phones and cloud storage devices, to name a few) are areas the founding fathers could not have imagined (though our officer's guide to computer and internet crimes goes into detail on the topic). As a result, the state and federal Supreme Courts are constantly redefining and clarifying the search rules law enforcement officers must follow as new cases are decided. Check out our police officer's guide to preparing and executing a search warrant, for more in-depth information on warrants.

When it comes to search and seizure, federal case law sets the standard for the rest of the country to follow. For example, in the case of Miranda vs. Arizona, the United States Supreme Court ruled that a person in police custody must be read their rights and knowingly waive them before being questioned. No state court ruling can nullify this requirement, and it's been in effect nationwide for more than fifty years.

In the case of California vs. Greenwood, the United States Supreme Court held that the Fourth Amendment does not prohibit the warrantless search and seizure of garbage left for collection outside the curtilage of a home. However, some state Supreme Courts have ruled the exact opposite, requiring a warrant to search a person's garbage. The point is that state court rulings can be more restrictive against police searches and seizures than federal rulings (as in the case of Greenwood), but not less restrictive (as in the case of Miranda). 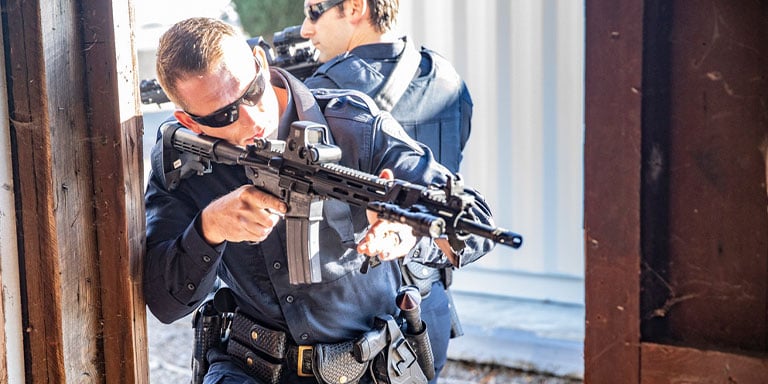 An excellent example of how criminal justice is evolving is the no-knock provision of a search warrant. For years, no-knock search warrants were issued specifically for drug raids for two reasons: firstly, drugs may be quickly and easily destroyed, so officers depend on the element of surprise to seize illegal drugs as quickly as possible.

Secondly, there tends to be a lot of cash present in drug houses. To protect their money, many dealers carry guns. By crashing through a dealer's door without alerting them first, police maintain the upper hand and, by extension, their safety. In recent years, no-knock warrants have come under increased scrutiny as several high-profile cases have illuminated the danger inherent to an unannounced entry. While they haven't completely banned no-knock warrants, the Federal Department of Justice has greatly limited the circumstances in which a no-knock warrant may be approved.

Justification has always been required for a no-knock warrant. However, the acceptable reasons no longer include the possible destruction of evidence. Most departments will probably adjust to follow the federal standards, which require reasonable grounds to believe that knocking and announcing an officer's presence would create an imminent threat of physical violence to that officer or another person. 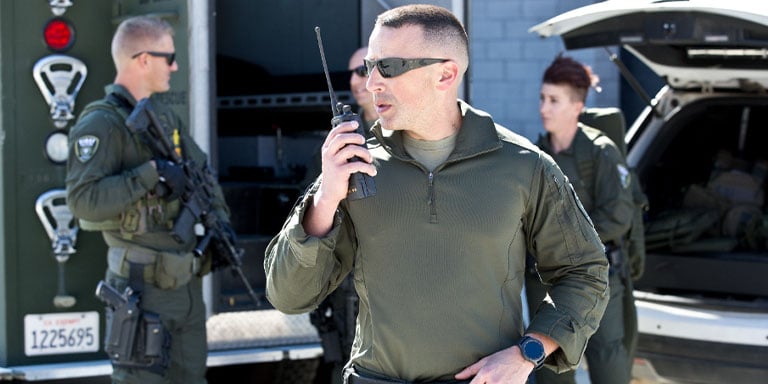 A successful drug raid is dependent on the proper search of the premises and legal seizure of evidence. Police must follow the instructions written in the body of the warrant regarding what may be searched and seized. Warrants for street-level drug raids are very broad in scope as smaller quantities of drugs may be hidden almost anywhere. If the warrant specifies bricks, kilos or bales of drugs, the search must be limited to places where these larger items may be hidden, and officers must not search areas too small to contain these quantities.

Most warrants contain language that includes records of drug transactions, either written or electronic. The warrant will also include the proceeds of drug transactions, such as cash or other specified valuables. Generally, items not included in the search warrant are not able to be seized. The exception to this rule is that if an officer comes upon an item that they immediately recognize as contraband or something illegal to possess, they may seize it.

Once an item is seized, the chain of custody begins and stretches all the way from the officer who collects and bags it to the individual who brings the evidence into court. There must be a clear and unbroken chain of custody over any evidence collected in a drug raid. Evidence seized from a location must be documented, and a list of the items seized must be given to the property owner or person in control of the property.

The success of a drug raid is dependent on proper planning and execution. Knowing and following the laws and case law regarding warrants and searches is critical. The future of the no-knock provision of most search warrants is uncertain, but it is likely to be authorized in only the most hazardous raids. Drug raids are inherently dangerous both for citizens and the police, but with the proper procedures and protocols, officers can stay safe while obtaining the evidence they need.