U.S. Space Force - Everything You Need to Know 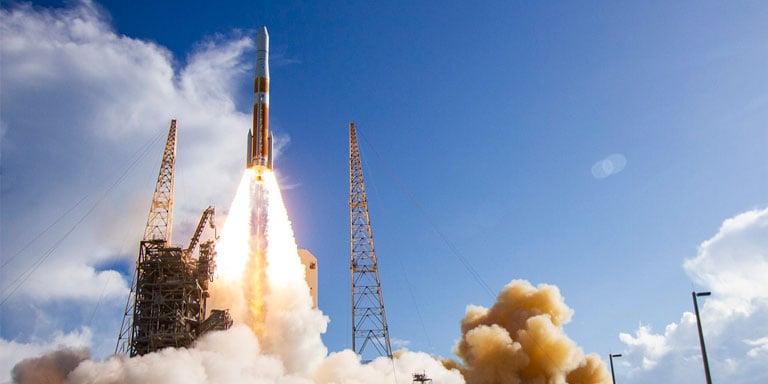 Throughout the history of the United States Armed Forces, space wasn't considered a potential battlefield. There were too many limitations on interstellar travel and communications, so the idea of a battle above the atmosphere seemed far-fetched. With the recent and exponential development of satellite and rocket technology, however, outer space is blossoming into a new arena for international combat. The United States government, keen on protecting its assets and interests in space, responded to these paradigm shifts by creating the U.S. Space Force on December 20th, 2019. There is a lot to learn about the newest branch of the U.S. military and a lot that is yet to be determined. Here's what we know so far. 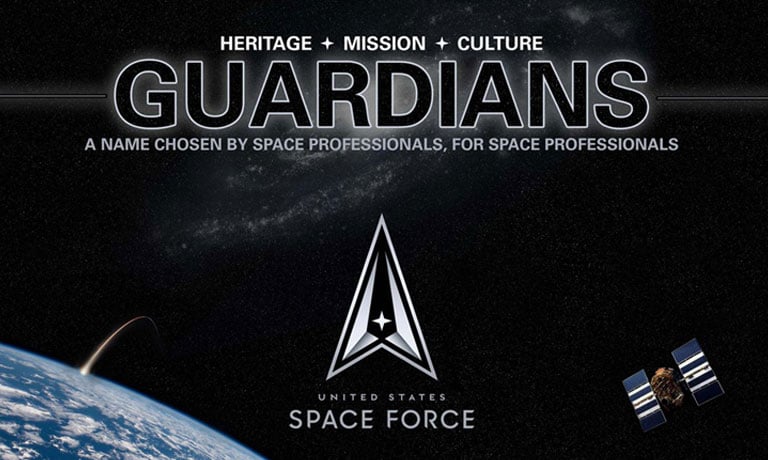 Space Force Unveils the Name of its Personnel
On December 18th, 2020, almost a year after its creation, the U.S. Space Force announced the long-awaited name it would use for its personnel. Space professionals are to be known as “Guardians.” The name was chosen from hundreds of submissions and was the result of research by both military professionals and the general public alike. According to the USSF, the name pays homage to the original motto of its root organization, the Air Force Space Command: "Guardians of the High Frontier." 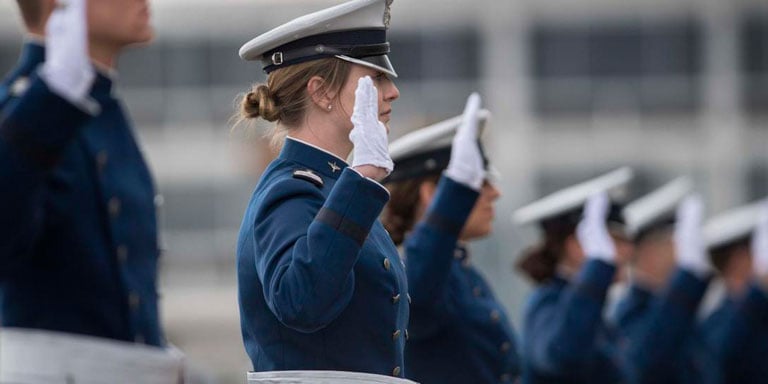 Space Force's First Academy Graduates
On April 18th, 2020, eighty-six United States Air Force Academy graduates became the first members to join the Space Force directly out of the academy. Prior to their graduation, the military had assigned 16,000 military members and civilians from the former Air Force Space Command to serve in the Space Force. Chief of space operation Gen. Jay Raymond pointed out that the class of 2020 will go down in history as the very first class to commission officers directly into the U.S. Space Force.

The majority of the newest 86 members of the Space Force will be assigned to Vandenberg Air Force Base in California to undertake space training. The others will take on various intelligence and cyberspace operations training, but all 86 will eventually be assigned to a Space Force unit. 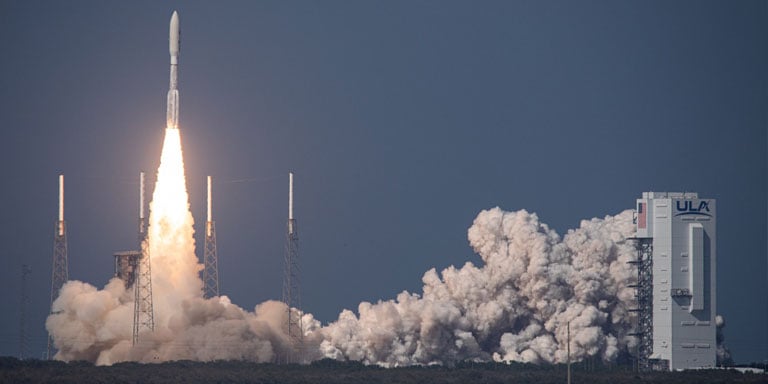 First Space Force Mission
On March 26th, 2020, the United States Space Force carried out its first mission. Working with the United Launch Alliance, the Space Force sent an Advanced Extremely High Frequency satellite (AEHF) into space onboard an Atlas V 551 rocket. The satellite joined five other AEHFs in orbit around the earth to establish a spaceborne infrastructure designed to strengthen the military's surveillance and communication capabilities.

The satellite system is shared with U.S. allies, including Canada, the United Kingdom, Australia and the Netherlands. This mission followed similar AEHF launches in 2010, 2012, 2013, 2018 and 2019. The installation of this sixth satellite was pivotal, giving the United States military complete global communications coverage. You can watch the historic flight of the Atlas V 551 here. 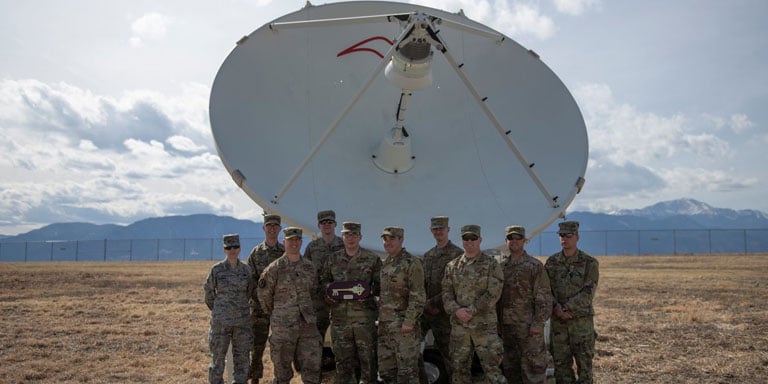 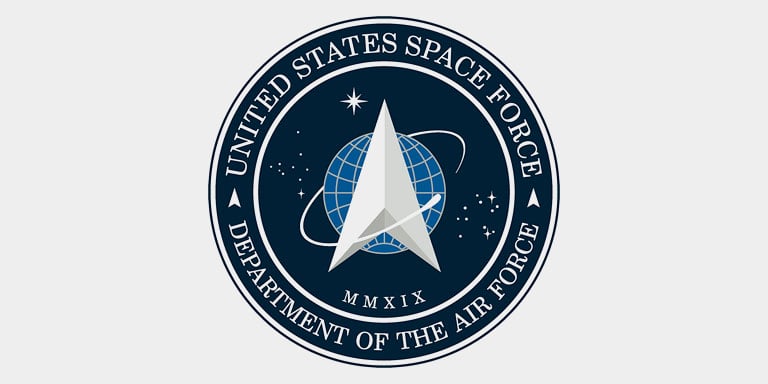 Seal
In a Tweet on January 24th, 2020, President Donald Trump revealed the official seal of the United States Space Force. It features the branch name at the top, the Military Department under which the Space Force falls (the Department of the Air Force) at the bottom, and the Roman numerals MMXIX, or 2019, the year in which the branch was founded. 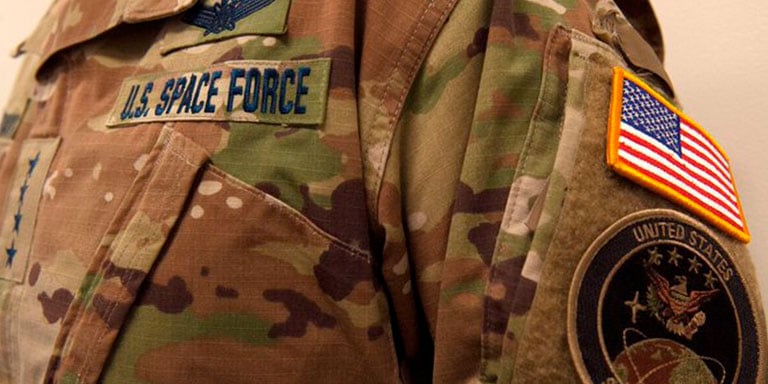 What is the United States Space Force? 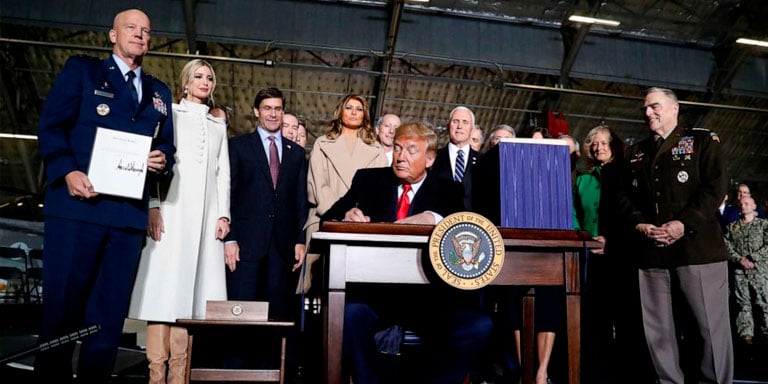 Why was it Created?

Throughout the history of the U.S. military, only air, land and sea were considered viable theaters of war. Space was, for the most part, beyond the scope of military technology and was not thought to be a legitimate warzone. With the rapid development of modern technology, that is no longer the case — outer space is now a front on which advanced nations can potentially conduct military operations.

Essentially every aspect of modern life is affected by technology that exists in space. The internet, telephone communications, financial transactions, GPS, television, streaming services and many more important aspects of society could not exist without satellites and other spaceborne machines. An attack on these systems could cause unprecedented economical, political and social damage that would affect billions of people worldwide. The Space Force exists to defend these assets and prevent large-scale interruptions or catastrophes.

What is its Mission? 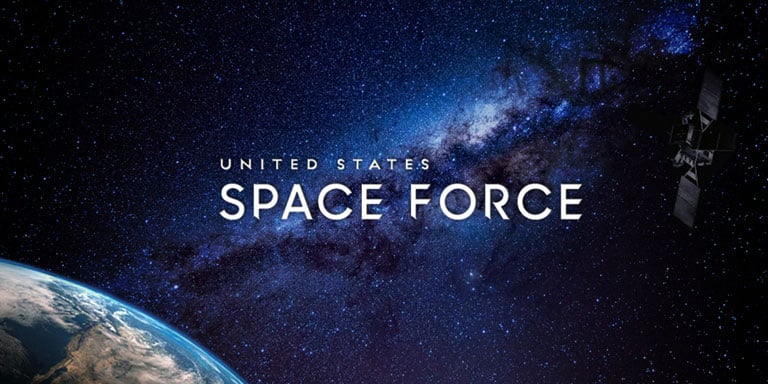 The Space Force's primary mission is to organize, train and equip members in order to protect the space interests of the U.S. and its allies. Leaders are doing this by developing military space professionals, acquiring military space systems, further developing the military-related space doctrine and organizing space forces. General John W. Raymond was chosen as the first leader of the United States Space Force. As the Chief of Space Operations, it has been his responsibility to oversee the standing up of the U.S. Space Force.

What is its Structure?

The Space Force uses the same grade structure as the other branches of the military: E-1 through E-9 and O-1 through O-10. Service members transferred into the Space Force retain their existing rank and grade. Officers are being commissioned from existing service academies.

History of the U.S. Space Force 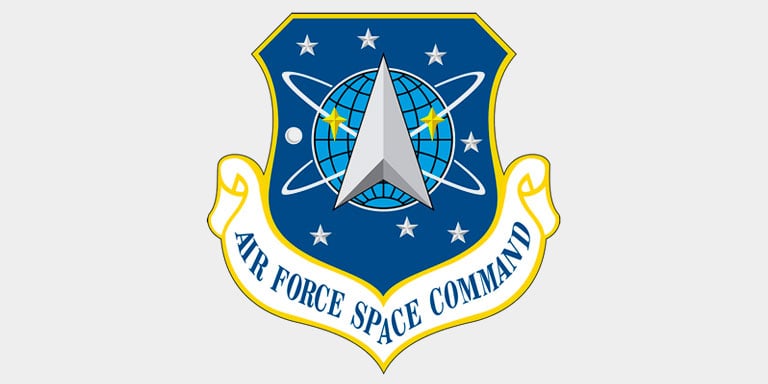 The Air Force Space Command also offered support in the Gulf War. During Operation Desert Storm, the US XVIII Airborne Corps was able to launch the now-famous left-hook attack that cut off enemy supply lines and hastened the end of the war thanks to AFSPC intel. After 9/11, the Air Force Space Command continued to use space technology to provide counterterrorism information and prevent potentially devastating attacks. 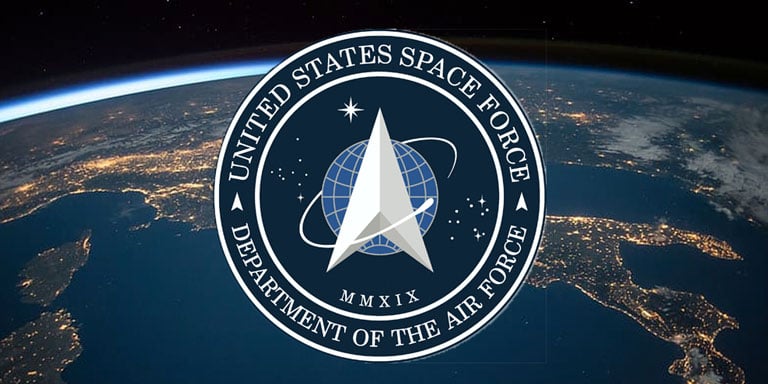 The United States Space Force
As technology developed and space emerged as a frontier for combat operations, the need became apparent for an entire branch of the military whose sole focus was space operations. After expressing interest in a military space program early in his term, President Trump signed the National Defense Authorization Act for Fiscal Year 2020, resulting in the official creation of the United States Space Force under the Department of the Air Force. General John Raymond became the first Chief of Space Operations.