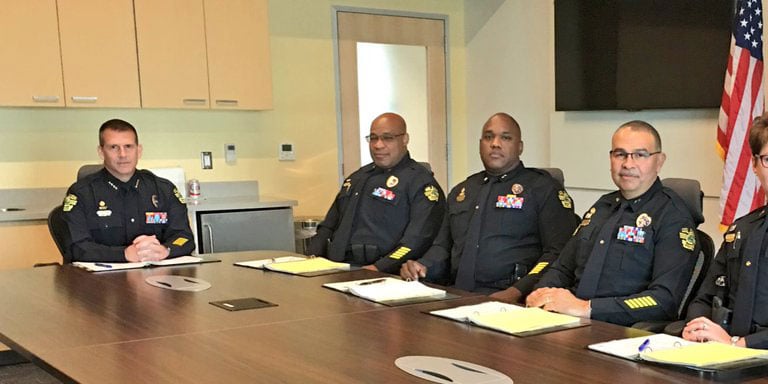 What happens when your current employer becomes a bad fit? In a police officer's case, they can shop around for a police department that will better fit their needs using something called a lateral transfer.

Today, fully trained and experienced police officers are in high demand in many departments. If an officer is unsatisfied with their current department, a lateral transfer might be the officer's best move. This can be either in-state or out-of-state. In-state transfers are generally easier and quicker than out-of-state moves.

A lateral transfer is when a sworn police officer leaves one police agency to work for another, usually at the same or greater rate of pay. In most non-police jobs, workers move from one job to another until they find the perfect fit. Doctors move to different hospitals and lawyers jump from one law firm to another, but until recent years, most police officers landed one police job and simply stayed. They were either content with their position or worked hard to climb the promotional ladder. Lateral transfers have begun to provide officers with more options and opportunities. 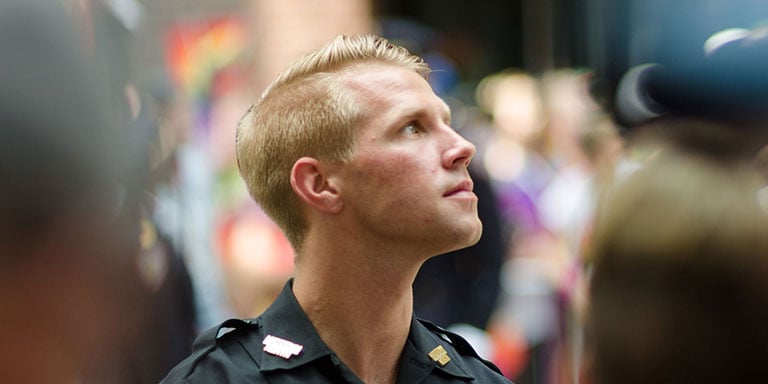 The fabric of police culture is changing as older officers retire. The Baby Boomer generation is retiring and it is affecting agencies nationwide. The Boomer generation tended to remain and stay in the first department that hired them. They saw it as more of a calling than a nine-to-five job. Many worked massive amounts of overtime and showed incredible loyalty to their first and only department, putting the job above all else.

Younger officers coming into police work are mostly made up of millennials who tend to have a higher degree of education and are less likely to commit fully to the first department that hires them. They are more likely to keep their options open. As a group, many seek higher education, with some leaving departments with law degrees. Others try the job for a few years and move on to another department or something related to police work, but out of uniform. As a result, lateral transfers have been on the rise. 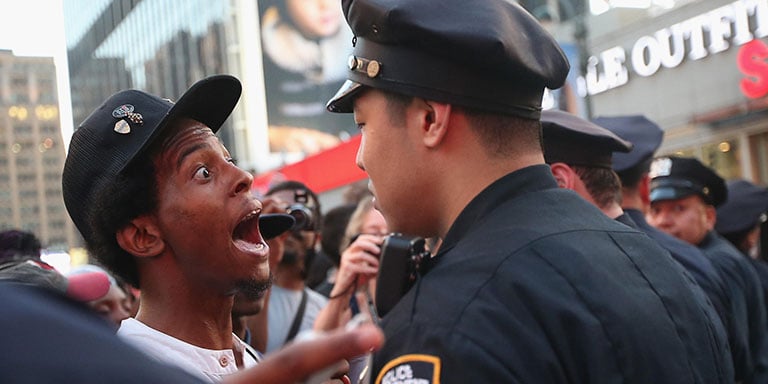 A department or city that demonstrates little regard for its officers is ripe for large-scale lateral transfers and retirements. No employees, including police officers, want to be treated harshly by the very citizens they swore to protect or their departmental or political leaders. Feeling devalued, marginalized and potentially done away with through defunding has led many officers to ask, "Why am I still working here?"

Most lateral transfer officers will retain their seniority on paper, but they may not carry that seniority with them to their new department when it comes to specialty assignments or promotions. This is generally a move made by officers at the patrol level. If an officer has rank, they will lose it and start back as patrol officers again. It's not all bad, though — a more positive way to look at the situation is that the lateral's years of experience can give them the chance to shine at their new department. They will be valued for their expertise and promotions will not be too far off.

Why it Makes Sense for Departments 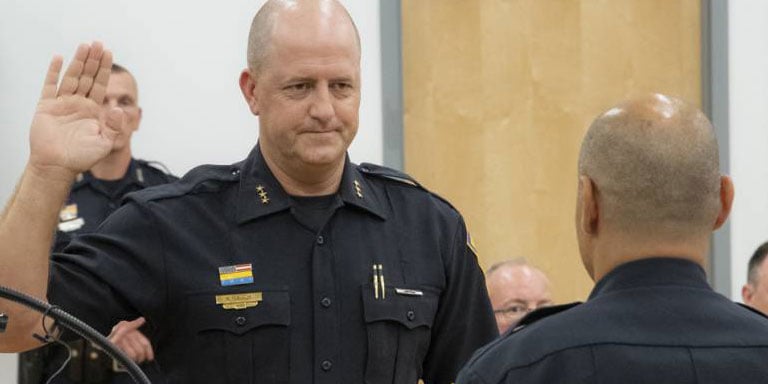 Hiring an experienced police officer can be a real cost-saving measure by a small or mid-sized department. Between the police academy and the Field Training Officer Program (FTO), it takes at least a year to train a police officer in everything, from the basics of using police handcuffs to advanced de-escalation techniques. It can then take another two to five years before the officer is fully proficient and able to handle difficult cases. Next, there's the cost of officers washing out in the academy or during the Field Training Program. By the time an officer is fully trained and experienced, the department may have spent hundreds of thousands of dollars in salary, benefits, expenses and FTO time.

The ability to circumvent these costs and hire an experienced officer with five or more years of service becomes quite attractive. However, the department will have to do its due diligence in investigating the officer. No one wants to inherit another department's problem.

There is an argument to be made that working one year in a busy, high-crime city is like working three in a suburban community with a lower crime rate. City cops become quite attractive, provided they have a relatively clean disciplinary record.

In-state transfers are always easier because the officer is already certified to be a police officer in that state. Going out of state will require the officer to receive additional training, specifically about that state's laws. A few require a full academy, but most have a shortened program of a month or less for veteran officers.

An in-state transfer may be as simple as moving from a city department to a suburban department twenty miles down the road. That may not even require the officer to change their residence or up-root their family. Staying in-state also means your pension remains untouched. Younger officers who have not yet started families can search nationwide for the best possible department.

What to Look For

Like any job, there are a myriad of factors to take into consideration for someone contemplating a transfer, especially for officers moving out-of-state. Make sure to think about some of these factors before you decide whether or not a department is right for you.

How to Narrow the Search 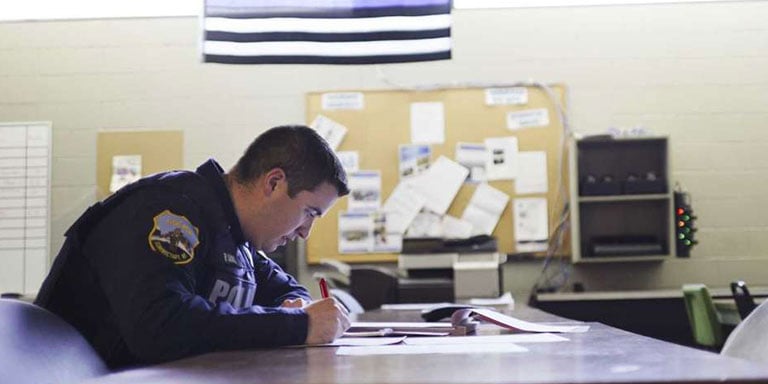 Any distant move will require a lot of work on the officer's part. If the move is twenty miles away, most of the officer's homework is probably done — they know the agency, and they likely even know some of the officers. However, what happens if the officer is considering moving to another state or across the country?

Once the officer has applied to a particular department, it will be time for a road trip. Go to the jurisdiction you are considering. Get a map and ride all the areas to get a feel for the community. Next, find a few cops on the street and talk to them — not the departmental recruiters or public relations people, but the beat cops who will tell it like it is.

Ask the officers about the department, the leadership, the politics and the attitude of the public towards the police. Patrol cops will have a wealth of information. One word of caution: speak to at least three different officers at three separate times. It's always possible that you may end up asking questions to the department complainer who will give you bad information. That's why it's important to get multiple perspectives. Ask the prospective department if you can do a ride-along on a couple of evening tours. It's the perfect way to get a feel for the job and the community.

Be cautious of enticements offered by prospective employers. If the package the department is offering seems too good to be true, this may be a red flag. A department that can't find officers to hire or doesn't retain its officers is a department or city with problems. The last thing any officer wants to do is leave one troubled department for another and have to start the moving process all over again. 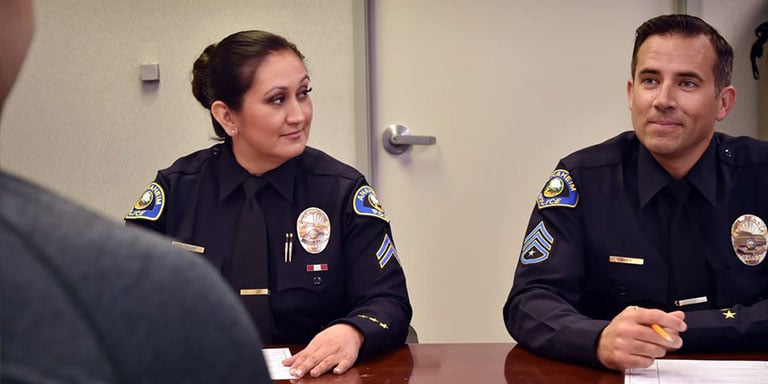 If the officer follows through on the application, the next step will be either one or a series of interviews. Learn as much as you can about the department and the jurisdiction before your interview(s). Also, prepare a list of questions or concerns you may have. An interview for a lateral transfer is different from a civilian applicant interview. The officer is trying to show their value to the prospective department. At the same time, the department is trying to show their value to the officer. A department that interviews a veteran officer the same way they would interview a civilian new-hire is saying they really don't value the officer or their experience.

The officer should be prepared for a full and thorough background investigation, similar to when they were hired at their current department. Also, be prepared to explain, in detail, anything that is in the officer's internal affairs jacket. Departments will have applicants sign multiple releases so they can look at all employment records, including attendance. Departments want cops that are going to report for duty reliably and not max out their sick time each year.

An officer who has made the final decision to move to another department shouldn't put all their hope in one prospective department. The officer should at least pick their top three destinations and apply to all of them. An application doesn't always lead to a job offer. It will usually take a number of months before the officer gets an offer of employment or letter of declination.

The lateral transfer allows an officer great opportunity. It is used mainly by officers with three to ten years on the job but any officer may attempt one. If officers find themselves in a position where they need to make a change, the lateral transfer is a good option. The current trend is for officers employed by large cities and troubled areas to leave the often hostile climate for a quieter, suburban department.

Leaving a troubled police department should be considered a last resort, one step removed from leaving police work altogether. There are circumstances, though, when it is clearly in the officer's best interest to make a clean break and get a fresh start in a different, and hopefully better, environment. Good luck, stay safe and watch your six.