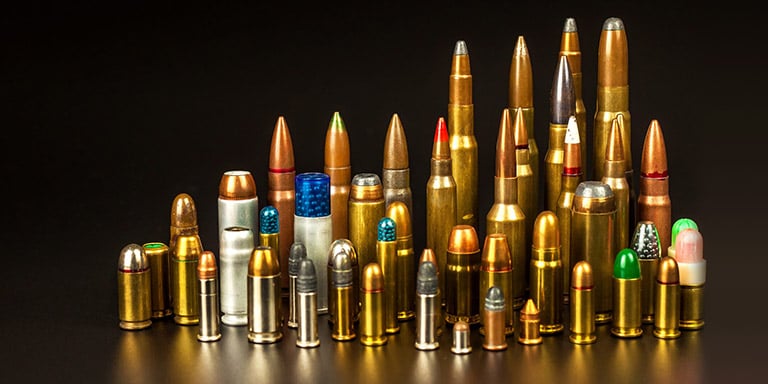 There are so many different kinds of ammunition available for rifles, pistols and shotguns that it can be hard to know where to start. What's the difference between ball and soft-point rounds? Do you need high-brass or low-brass shotgun shells?

In this guide, we'll introduce and explain the basic characteristics of the most common types of ammunition. Note that terms, measurements, and color codes are not always consistent across all manufacturers; the standards you'll see here are the most common, but there are others.

Rifle and Pistol Round Anatomy 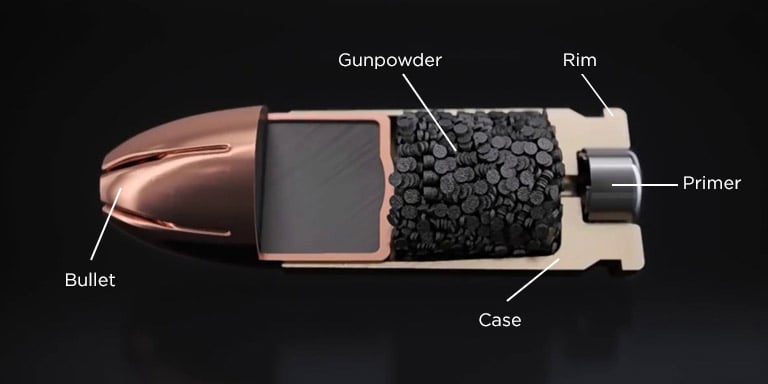 For the most part, rifle and pistol rounds have the same basic anatomy consisting of five parts. The entire unit is referred to as a round or cartridge. 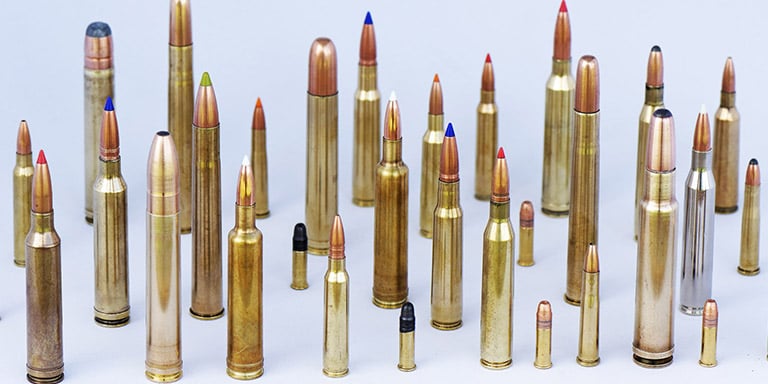 There are hundreds of different rifle and pistol rounds, but a small fraction of them comprise the majority of rounds sold and fired. The four primary considerations in choosing a round are caliber, load, grain and type.

Some of the most popular rifle calibers in the world, from small to large, are:

In general, as bullet size increases, so do price, recoil, effective range and stopping power, while magazine capacity and effective rate of fire decrease.

Gunpowder is a complex topic, but fortunately, it usually doesn't make a big difference to the everyday shooter. Unusual or custom blends of gunpowder are generally employed only by competitive shooters and advanced hobbyists. When shopping for target or self-defense rounds, you'll want to pay more attention to caliber, grain, and type.

A bullet's grain is a simple measurement of its mass. A "grain" is a unit of weight equal to 2/875 of an ounce — so when you buy a box of 55-grain .223 rounds, each bullet (not the round, just the bullet itself) weighs 55 grains, or roughly 0.126 ounces. A bullet's weight has significant effects on its speed, stopping power and penetration, with heavier bullets generally hitting harder and penetrating, expanding or fragmenting more significantly.

You'll also need to carefully consider the type of bullet, especially if you're shopping for defense rounds. Many (but not all) bullet types come in both rifle and pistol variants. 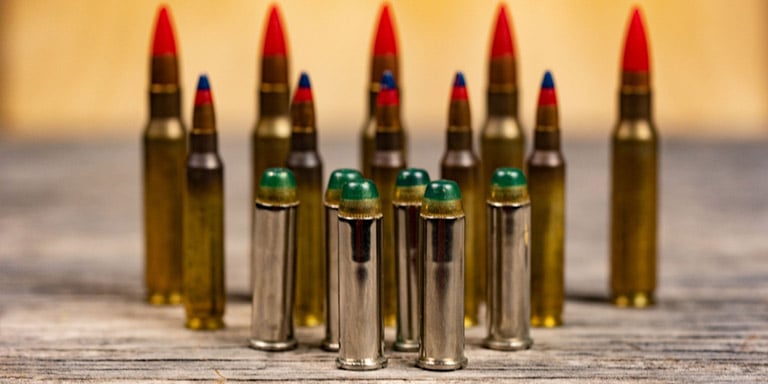 In many cases, rifle and pistol rounds have color-coded tips to indicate that the round is designed for a specific purpose. Note, though, that these color codes are not universal. The colors presented here are generally consistent across military vendors but may differ elsewhere.

Shotgun shells are, of course, different from rifle and pistol rounds in several significant ways. Their parts are, however, roughly analogous. 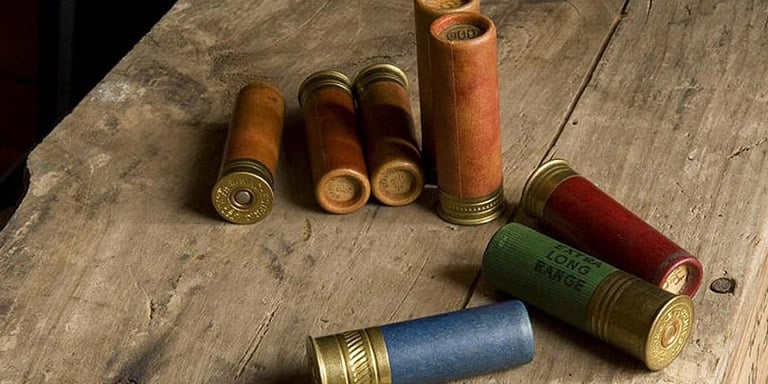 As with pistol and rifle rounds, choosing shotgun shells appropriate to your needs requires some basic knowledge — in this case, gauges, loads and brass height.

A shotgun's gauge is analogous to a pistol or rifle caliber, with lower numbers indicating a larger-diameter shell and thus more room for more (or else larger) shot. The most common shotgun gauges are 20, 12, and 10.

There are many different types of shotgun loads, each with a different purpose.

Shotgun shells are either high-brass or low-brass, both of which refer to the height of the neck. Most shotguns will accept either type, but some cycle poorly (or not at all) with low-brass ammunition, in particular. 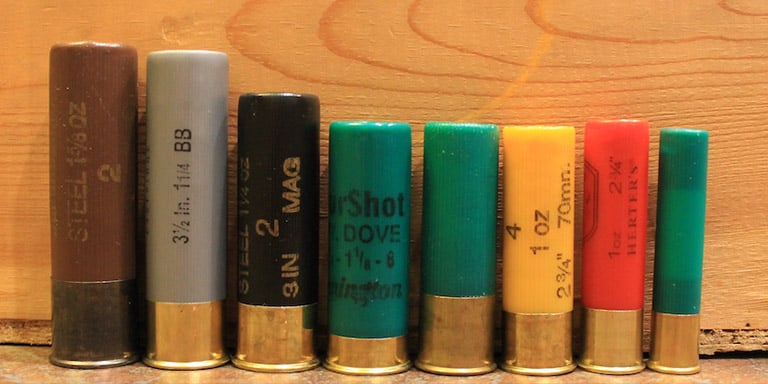 Contrary to popular belief, shotgun shells do not have any official color-coding system, as rifles and pistols do. Shells may be red, green, black, blue, white or any other color, but the color's significance (if any) depends on the manufacturer.

Shopping for ammunition can feel overwhelming, and there are far more kinds than any single article can cover, but hopefully, you can now choose the right ammo with more confidence. To keep your shooting knowledge sharp, be sure to read about gun cleaning and maintenance basics and the four rules of gun safety.