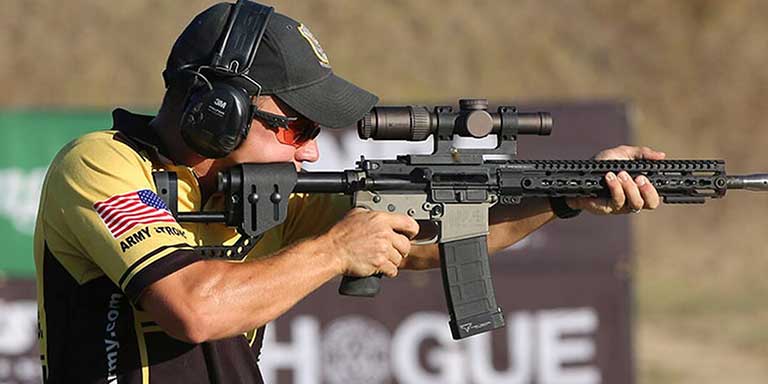 There are dozens of different competitive shooting sports, although some are much more common than others. If you've never belonged to a club or league, it can be hard to know where to start, or even which events are best suited to your skills and interests. In this guide, we'll briefly introduce the most common pistol, rifle and shotgun sports and offer some general pointers on finding an organization that's right for you.

Many shooting clubs focus mostly or exclusively on one type of firearm, although there are plenty that host events for all types. 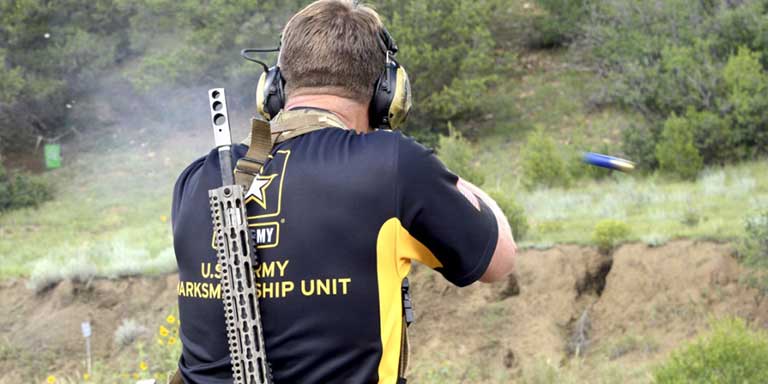 Bullseye Shooting
Bullseye shooting can take many different forms and involve any type of firearm, but the main goal is always to shoot as accurately as possible. There may or may not be time restrictions, penalties for misses or other complicating factors.

3-Gun
3-gun events test shooters' proficiency with rifles, handguns and shotguns. Contestants carry all three weapons at once and are expected to rapidly switch between them as they navigate a course with obstacles and targets at various distances. Scores are based on both accuracy and completion time. Quick reloads, in particular, are essential to a good score, and because magazine-fed shotguns are usually prohibited, many competitors win or lose chiefly on the basis of their proficiency at rapidly reloading a tube-fed shotgun. 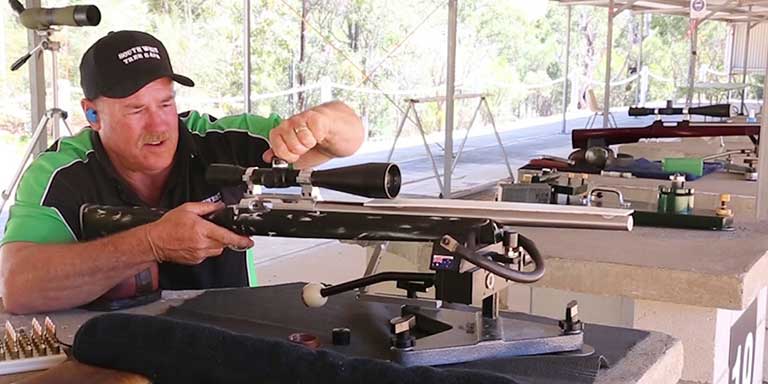 Silhouette Shooting
Silhouette shooting is a test of long-range marksmanship. Shooters fire at metal targets shaped like chickens, pigs, turkeys or rams, generally from an unsupported position at ranges up to 500 meters. Each shooter may only take one shot at each target, and targets hit out of order count as misses. Most clubs allow shooters to have a spotter, so these events can be good for those wanting to shoot with a partner.

Benchrest Shooting
Benchrest shooting is even more precision-oriented than silhouette shooting, often involving 1,000-meter shots. For many participants, customizing their rifles for maximum accuracy is an even bigger part of the sport than the shooting itself. Contestants fire from a supported seated position at paper targets and may be scored on one of several different metrics. In any case, extreme precision is always the ultimate goal. 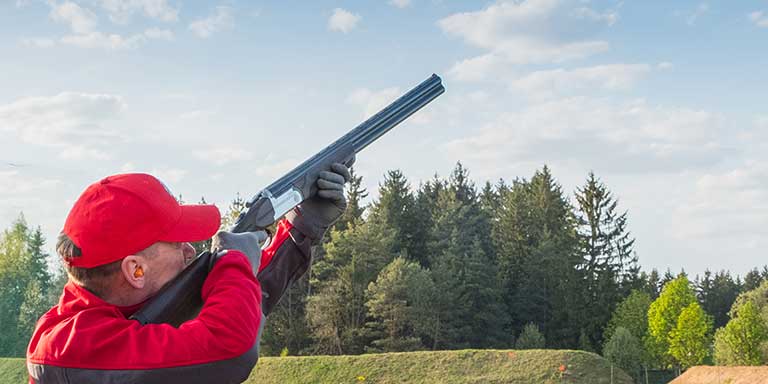 Skeet Shooting
Skeet shooting is an event in which shooters use double-barreled (usually over-under) shotguns to fire at clay discs thrown from automated launchers. The idea is to simulate bird hunting — to test one's ability to track and hit fast-moving flying targets. Shooters move along a semicircular path to fire at targets at different heights, angles and distances and will fire a total of 25 shells throughout a match.

Trap Shooting
Trap shooting is similar to skeet shooting, except that clays are typically launched from a single station behind the shooter, as opposed to from multiple stations at different points along a semicircle.

Sport Clay Shooting
Sport clay shooting also involves shooting at clays launched from stations, but shooters must navigate along a complex path with many launch points. 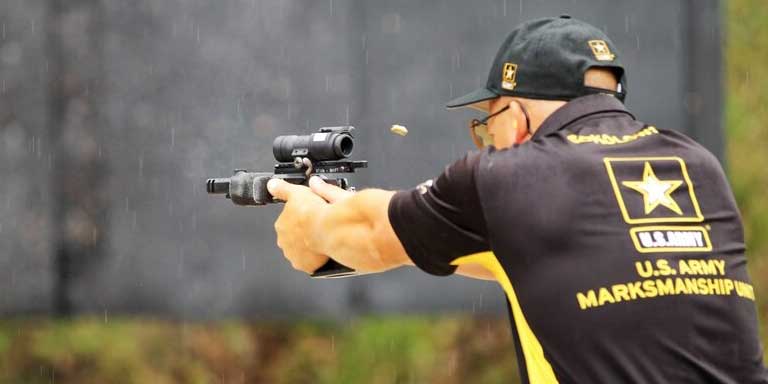 NRA Precision Pistol Events
NRA Precision Pistol events are a type of bullseye shooting competition specifically for handguns. Matches may require contestants to use a single firearm or three different ones — usually a .22 rimfire, a centerfire cartridge of .32 caliber or larger, and a .45. There are slow-fire courses in which shooters may take as long as needed to score precise hits, as well as timed and rapid-fire courses that demand both speed and precision.

International Defensive Pistol Association (IDPA)
IDPA (International Defensive Pistol Association) events test shooters' performances in simulated self-defense and combat scenarios using tactical and concealed-carry equipment. Customizations to firearms are highly regulated and there are limits on magazine sizes to level the playing field for contestants who hail from places with laws that restrict ammunition capacity. Shooters are scored based on several factors, such as how quickly they navigate a course and the accuracy of their shot placement. Competitors may be penalized for inaccurate shots or for failing to take cover.

Every competitive shooting league, club or organization does things differently, but most have the same basic expectations of their members. Most charge membership fees ranging from about $60 to several hundred dollars per person per year, often with discounts for couples and families. Many clubs offer reduced or eliminated fees if you're willing to volunteer your time and labor to help maintain their facilities or run events.

Reputable organizations strictly enforce basic gun safety and will expel members who commit serious safety violations. Some clubs require members to acquire and maintain hunting licenses, concealed carry permits, or other certifications. Some clubs have boards of directors and hold meetings at which members vote on various resolutions, whereas others are less formal.

Most clubs allow newcomers to visit their facilities or participate in a few events for free or for a nominal fee as a way of allowing both parties to evaluate whether they're a good fit for one another. Call your local shooting clubs or visit their websites to learn about their particular bylaws and benefits.

Finding the Best Club for You 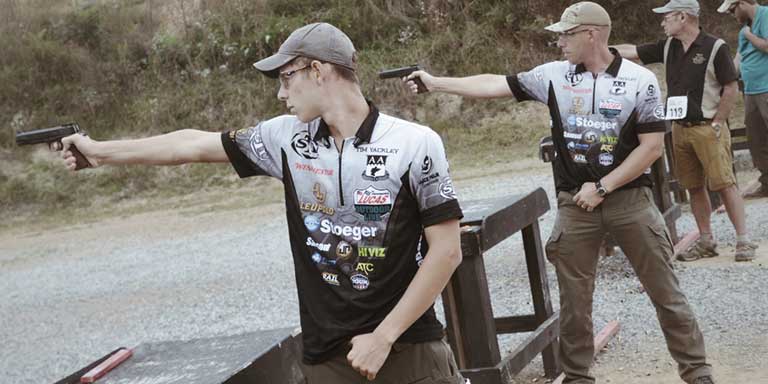 As is the case with any other group of people, not every shooting club will be right for you. Some cultivate a casual, family-friendly atmosphere, and others try to attract members willing to invest a significant amount of time or money in the sport. Talk with the club's officers, senior members and new members about your skills and goals to gauge how well they mesh with the club's expectations.

It's also important to consider a club's political affiliation, if any, and the general beliefs its members hold, if there is a discernible pattern. For instance, some shooting organizations partner with or receive funding from the NRA, or prefer that their members also be NRA members. Carefully research such partner organizations and ensure that their values align with yours before signing up. 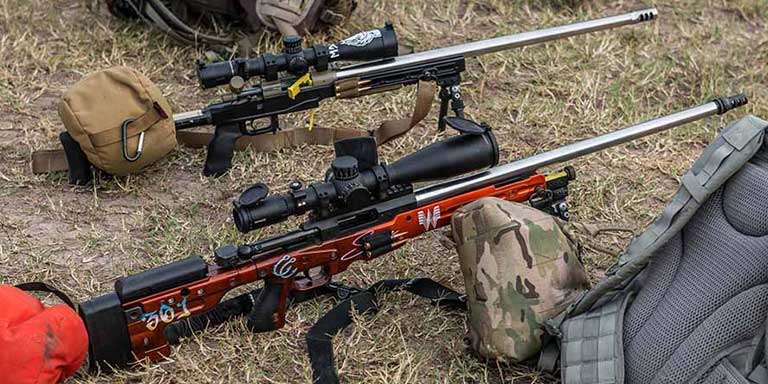 Too often, people new to the competitive shooting scene invest thousands of dollars in top-tier gear and then discover that the club they joined or the sport itself isn't right for them. Different sports and leagues can have different rules and restrictions on the firearms you're allowed to use; a heavily customized pistol allowed by one club may be disallowed by another.

Until you're confident that you found the right clubs and events for you, take it slow and don't spend an exorbitant amount of money. Try your hand at the sport with a basic, relatively inexpensive firearm and see if you still enjoy it after a few months. Postpone upgrading and customizing your gear until you're sure it makes sense to do so.

At the most basic level, your standards for selecting gear that you use for competitive shooting should be the same as those by which you measure your self-defense gear. Choose gun holsters, firearms, ammunition and accessories that you're comfortable with and can use proficiently. At the end of the day, you're involved in competitive shooting to have fun, to make new friends or for some other positive reason. Don't feel pressured to use gear you don't like just to feel included — there are always other clubs and other events to try. Similarly, don't assume that the newest, shiniest, most expensive gear is the best out there. The real question is: What's best for you? 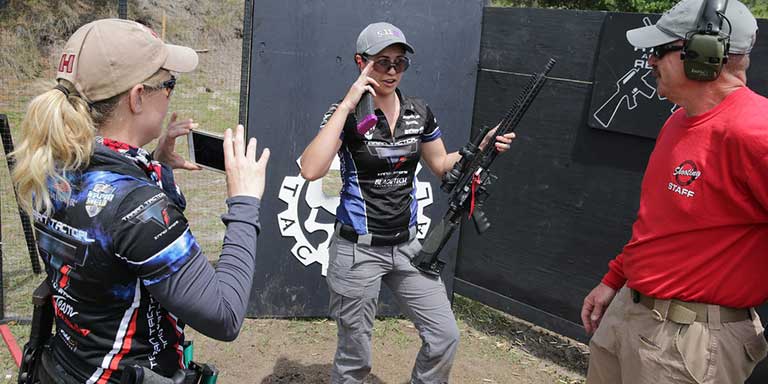 With any competitive event, it can be easy to get caught up in the adversarial nature of the activity and to lose sight that the end goals should be to have fun, to develop your skills, to grow as a person and to encourage others to do the same. Competitive shooters tend to be passionate people, and tempers can sometimes flare. Be gracious and cordial, compliment others when they shoot well and deliver criticism in positive, growth-oriented language (or else not at all).

Most shooting clubs have strict policies on cheating, and some impose harsh penalties for failing to adhere to the rules of a given event. For instance, some IDPA leagues penalize contestants ten or twenty seconds for failing to correctly fire from cover, and such large penalties effectively guarantee a poor final score. If you're penalized in such a way, don't take it personally, and try not to be upset for too long. Look at such temporary failures as opportunities to do far better next time.

If you believe that you've been wrongly penalized or otherwise treated unfairly, follow the club's established procedures for lodging a complaint and be sure to maintain kindness and tact throughout the process. Base your arguments on facts and evidence, not on emotions. Make clear that you understand that the initial ruling against you wasn't personal, and neither is your complaint.

Many events and clubs have strict rules, but bear in mind that these rules exist to foster a fair environment, not to constrain members or to serve as an excuse to hand down punishments. Of course, clubs populated by mean-spirited people do exist, but thankfully, they aren't common. If you think you've stumbled into such a club, simply find a better one.

Competitive shooting can be an excellent way to hone your skills and to build new, win-win relationships. It may appear to be a difficult world to break into, but most competitive shooters are friendly, approachable people willing to share their knowledge with newcomers. Just be yourself, ask as many questions as you need to and you'll surely find an event or club that suits you perfectly.