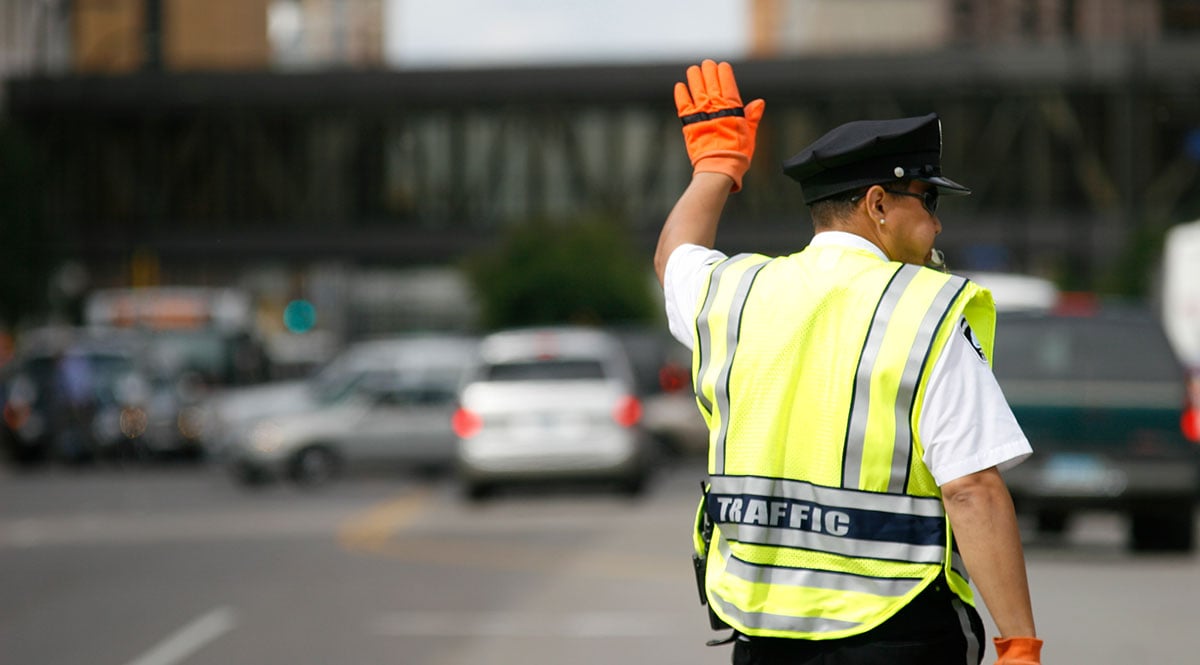 Traffic control is a fundamental skill that every police officer should learn in the police academy. This skillset is especially important to learn for officers new to police work.

Traffic control is necessary when a roadway has to be closed or a traffic pattern changes due to some external event. Motor vehicle crashes are the most common reason that necessitates traffic control by the police. Accidents range in severity from a slight fender bender with no injuries to the multi-car pile-up with fatalities. Whatever the issue that requires traffic control, we laid out all the basics of this overlooked but important task. 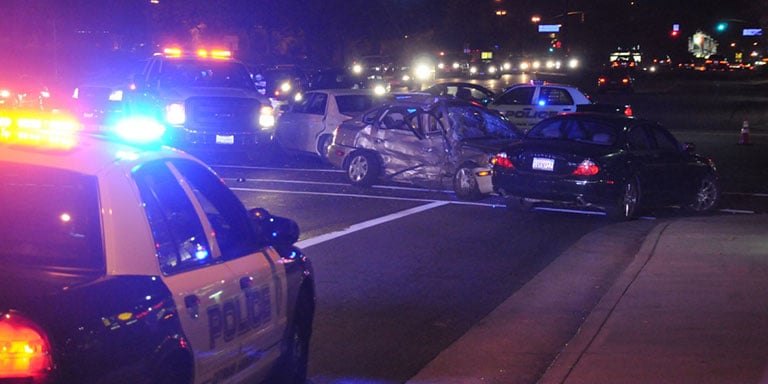 When a crash occurs, the police need to respond quickly to the scene and take control. The first duty of the arriving officer is to stop the crash scene from getting worse. Initially, the most critical traffic control device is the responding officer's patrol cruiser. The first officer approaching the crash site must determine how best to position their vehicle to prevent additional cars from entering the crash scene.

It is not uncommon for additional vehicles to crash into disabled cars before the police arrive. This is especially prevalent at night or during inclement weather, which reduces visibility. Drivers unaware of the danger ahead speed toward the wreckage, learning of the roadway obstruction too late. The tactical placement of a patrol vehicle with overhead lights flashing is the quickest and best warning signal to slow down approaching traffic.

It can take several properly located patrol vehicles to slow or stop traffic in more than one direction. 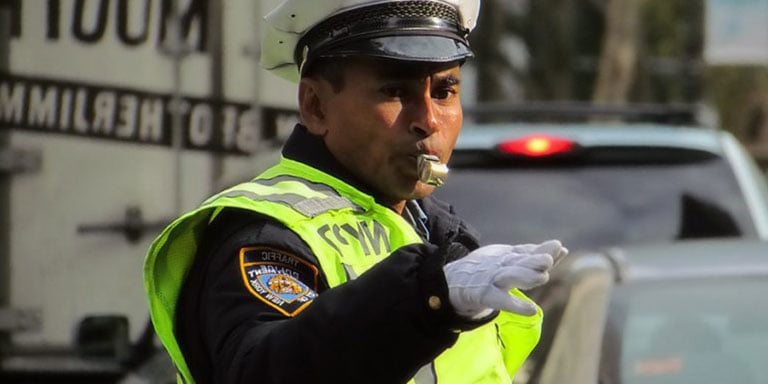 Some police officers are assigned to handle traffic control at most crash scenes, while others investigate the crash. Their mission is to direct traffic safely around or past a collision. All officers directing traffic on any public roadway must wear a highly visible and reflective road vest.

Often, lanes are restricted, using only one traffic lane for vehicles traveling in both directions. This requires at least two officers in constant communication on either side of the accident scene; one officer stops eastbound traffic, while the other allows westbound traffic to use the single lane. After several minutes, the officer stops westbound traffic, and once the route is clear of cars, eastbound traffic uses the lane. This continues until the crash area is clear, and normal traffic is resumed. The important part here is the communication between the two officers. Traffic police cannot allow vehicles in one direction to drive forward before all vehicles in the other have cleared the shared lane.

A lot of traffic direction also consists of clear communication between the traffic officer and motorists. The officer should position themselves in the middle of the roadway or intersection with their body bladed so that their shoulder faces oncoming traffic. Always attempt to gain a driver's attention. Officers should raise their arm and point directly at a driver. Wait until the driver observes this, as hand signals directed at a distracted driver don't work.

Every traffic officer should learn the two basic traffic direction hand signals. The first is an arm extended forward with their hand open and palm out. This is the universal sign for STOP. The second goes like this: while standing with the arm extended and pointing at the driver, bend the elbow, only bringing the open palm in a circular motion around past the chin. This is the universal sign for GO.

Hand signals should be deliberate and repeated at an even pace; speeding up hand signals to try to make cars move faster only confuses and angers motorists. Officers directing traffic should be even-tempered and not yell at or become frustrated with drivers who don't understand what is being asked of them.

Beyond hand signals, there is also a little piece of metal or plastic every cop should have in their pocket: a police whistle can significantly aid in traffic direction. One loud blast from a whistle can get the attention of even the most distracted driver. A long blast of the whistle along with a raised palm indicates for a vehicle to stop. Two short bursts, along with the proper hand signal, notifies a stopped driver to go. 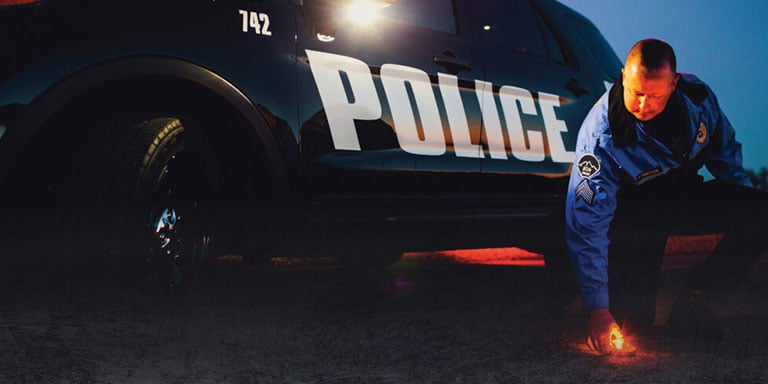 When patrolling the scene of an accident at night, officers need to use additional equipment to be seen. Make sure you have all (or at least most) of the following if you're directing traffic when it's late. Take a look at our patrol officer's checklist to make sure you have everything you need in addition to the items below.

Flares
One important traffic warning device is the road flare. They have been used for decades to warn of lane changes and other hazards. On the positive side, they are very inexpensive, easy to deploy and highly visible. However, they do have significant drawbacks.

On any scene where there is gasoline or other unknown leaking liquids, introducing an open flame to the environment may not be wise. Secondly, flares don't last very long, averaging about just twenty minutes before they have to be replaced.

Road flares produce a hot, molten residue that is a potential burn hazard if mishandled. They should be stored in an environment that does not exceed ninety degrees. Many police cruisers keep a box of flares in the trunk, but this is not an ideal location, as it can reach much higher temperatures in the summer.

LED Flashers
Manufacturers now produce flashing LED units that can replace road flares. They are small and sit directly on the ground, emitting bright, flashing warning lights. These units can last all night on a single set of replaceable batteries. Additionally, many models suffer no damage if run over by a vehicle.

Traffic Cones & Barrels
Another alternative is the use of large orange traffic cones, or, for prolonged lane closures, officers can request traffic barrels be brought to the scene.

Traffic Flashlights
A police officer directing traffic must be easily visible to approaching vehicles. During evening hours, officers should use traffic direction flashlights. These flashlights differ from others in that they have a long, orange cone on the end, illuminating and drawing attention to the officer's hand signals.

Inclement weather, including snow, rain, fog or icy roadways, is a challenging environment for police officers to direct or control traffic. These conditions require officers to allow motorists more warning time and greater stopping distances. Directing traffic under such dangerous circumstances requires officers to keep a 360-degree scan of their environment. Be ready to jump out of the way of a sliding or skidding vehicle. 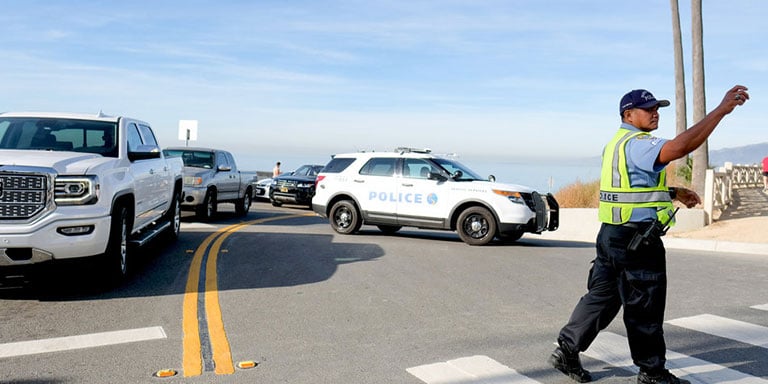 One particularly common and challenging scenario traffic officers deal with is an intersection crash. Depending on the severity of the crash, traffic may have to be rerouted or even stopped by officers. Usually, one vehicle fails to stop at a stop sign or red light, and the result is a crash in the intersection that involves two or more vehicles. These often cause injuries due to side vehicle impact (or, in a more common term, one car was T-boned by another).

Traffic should remain stopped until the damaged vehicles are towed, and the injured are transported from the area. Police may need additional time to complete their on-scene investigation. Police may use patrol vehicles to block traffic lanes, preventing cars from entering the intersection.

Officers should advise the driver of the first car stopped in each direction that the intersection is closed, and they have to remain stopped until the scene is clear. This could take fifteen minutes or longer, depending on the circumstances. Most drivers understand and wait patiently, watching the emergency responders work.

Closing a Road or Highway 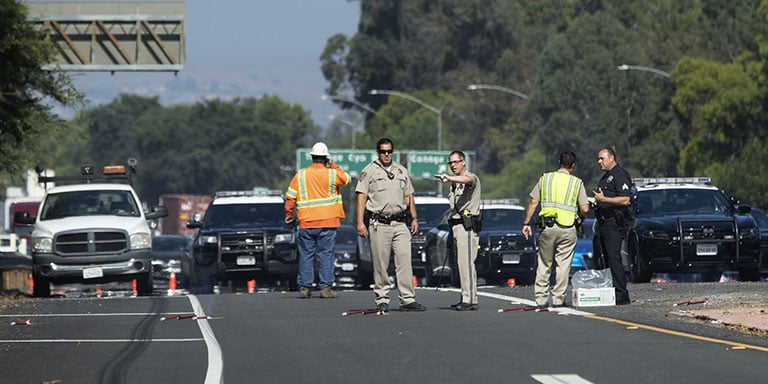 If a crash is severe and police are either investigating it as a potentially fatal event or there's victim entrapment, then the road may need to remain closed for hours. In this circumstance, traffic officers may assist stopped motorists in turning around and leaving the area.

Many of the most severe crashes occur on highways where motorists drive significantly faster than they would in urban or suburban areas. A fatal crash scene may require the closure of all lanes in one direction for hours, and traffic officers have to reroute and divert traffic onto secondary roadways. 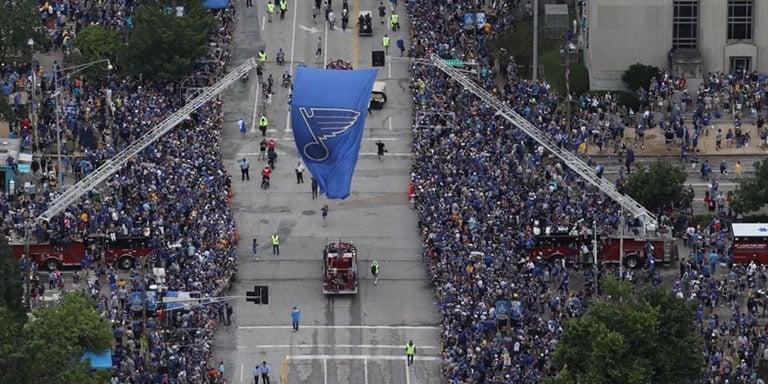 Police officers may be assigned to direct traffic for many other reasons beyond vehicle crashes. Some happy events include special holiday gatherings such as city parades or fireworks displays. On the Fourth of July, for example, fireworks shows can draw thousands of motorists. As the fireworks end, though, everyone tries to leave simultaneously, making traffic planning and direction essential.

Traffic control is also necessary following natural disasters to prevent motorists from entering dangerous areas or washed out roadways. Officers may also direct traffic away from fire scenes, hazardous material spills, civil unrest and road closures or detours during highway repair and resurfacing. The guiding principle is to stop or redirect traffic to keep motorists safe or to allow emergency workers to respond and work safely. 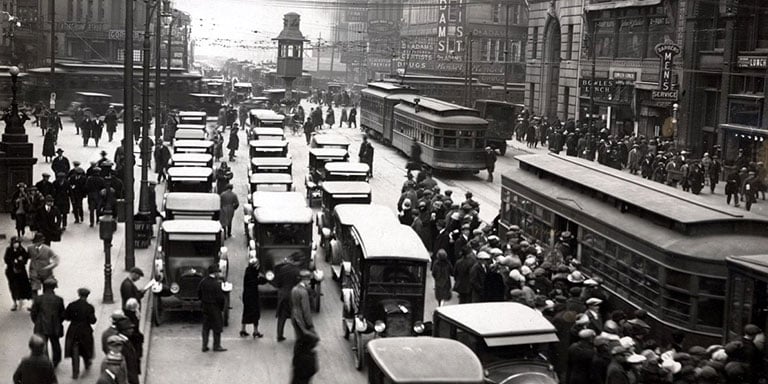 A police officer directing traffic is a long-standing tradition dating back over a hundred years. The swing of an arm and blast of a whistle hasn't changed much since the days when Packards, Model Ts and Studebakers roamed the boulevards. Sure, the equipment has improved, allowing greater visibility, but the core mission is the same. Directing traffic reflects an officer's time-honored tradition of keeping the motoring public safe from harm.