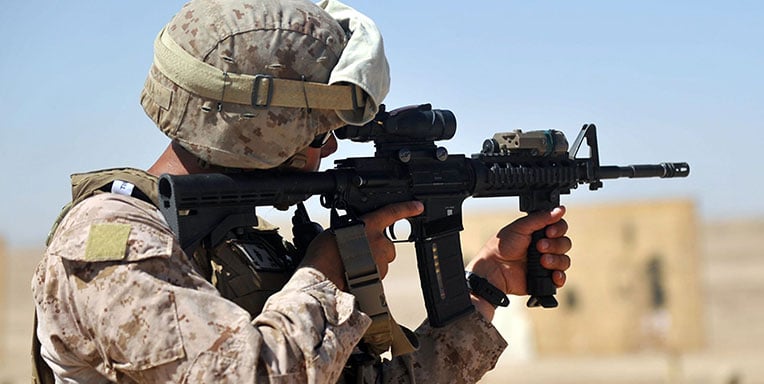 Each category of firearm has its own distinct uses and limitations. No other type of firearm has as wide a range of applications as the rifle. The weapon of choice in military combat deployments, it's rugged, almost indestructible and capable of hitting targets from ten feet to hundreds of yards away. It can fire a single round or multiple rounds with a single squeeze of the trigger. It is a shoulder-mounted weapon, making it relatively light and portable. 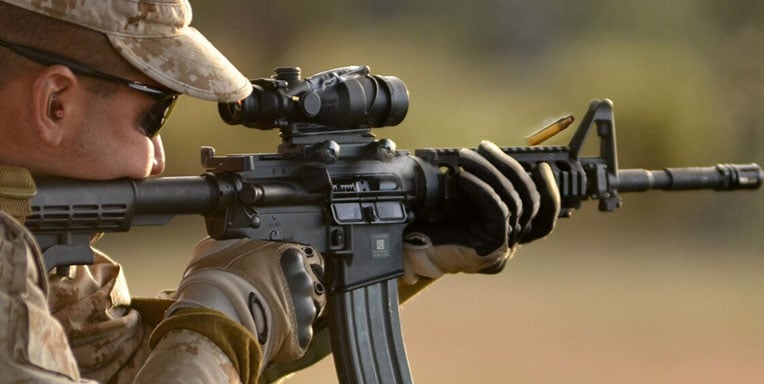 A sub-category used in both the military and police SWAT operations is the sniper rifle. These rifles are extremely accurate at long distances when used by a highly trained operator. 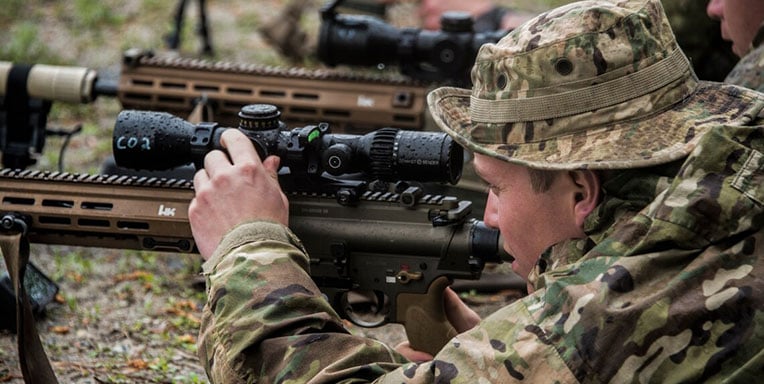 Rifles also have several applications in the civilian world. They are the choice of many hunters — especially big game hunters. While a shotgun will bring down a deer, it is wise to use a rifle when hunting bears or other large game animals. The added distance the rifle provides allows hunters to harvest an unapproachable animal from a greater distance. 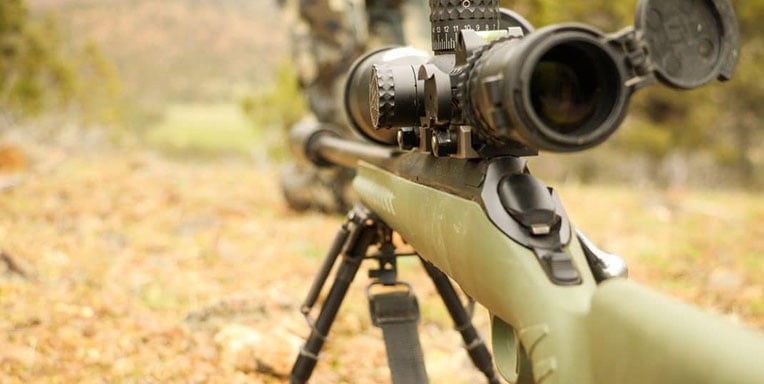 Rifles are also used in competition shooting. From boy scouts learning basic skills with BB guns all the way up to nationally ranked athletes competing in Olympic 50 meter rifle competitions, rifles are a go-to weapon at all skill levels. 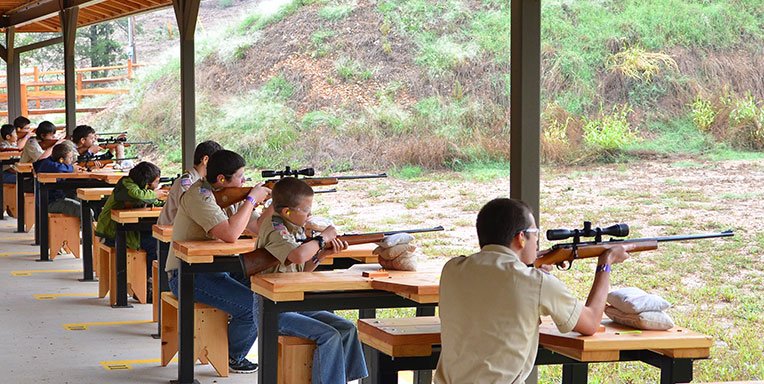 The best known and most recognizable combat weapon is the M-16 or its civilian model AR-15. 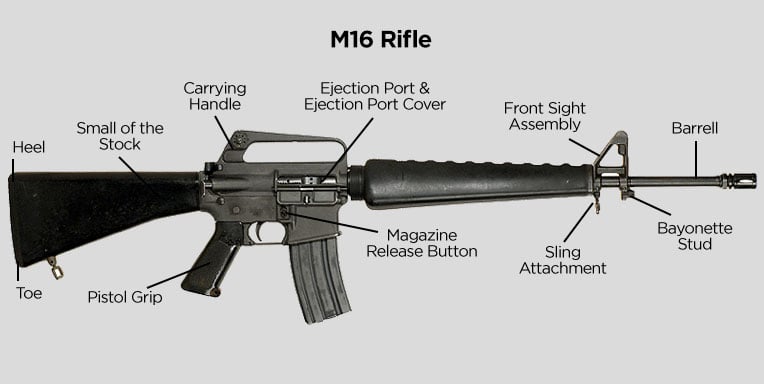 The Military model M-16 and civilian model AR-15 semiautomatic rifles have the same basic parts with a few exceptions. The M-16 is also capable of switching from semi to fully automatic.

Front and rear sights:
Both the front post and the rear ghost ring sights are adjustable. On the rifle range, this adjustment is commonly referred to as zeroing the weapon.

The magazine button:
A magazine release button, also called the magazine catch button, is located on the back of the magazine well. This button releases a locked magazine from the weapon so it may be replaced and locks the fresh magazine in place.

The selector lever:
Behind the bolt catch is the selector lever. This lever will differ between civilian and military models. Both will have a position for single fire, meaning the weapon will fire one round when the trigger is pulled. Both will also have a safe position. When in this position, the weapon will not fire. On military models, the lever may have a full-auto position or a three-round burst mode. In the full-auto position, one squeeze of the trigger will fire multiple rounds. When in three-round-burst mode, the weapon will fire up to three rounds with each trigger squeeze.

Stocks and hand-grips:
Many different configurations exist, from fixed stocks to collapsible stocks depending on the type and purpose of the weapon. Rifle grips will also vary from pistol grips on military-type weapons to stock grips on many sporting rifles.

The biggest advantage of this class of weapon is the ease of firing numerous rounds very quickly. 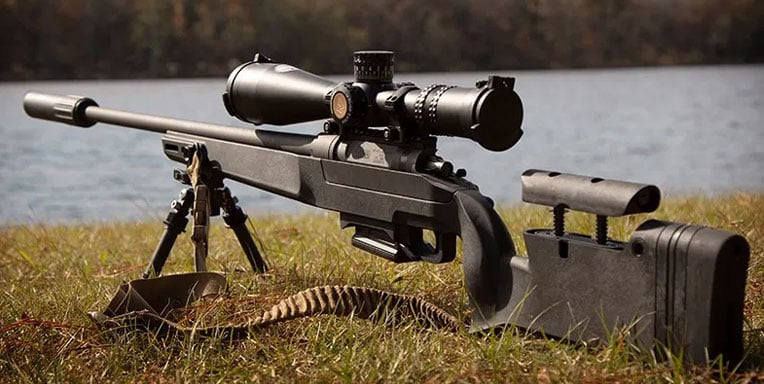 Both competition and big game hunting rifles have one thing in common: they both use bolt-action rifles. Bolt-action rifles can't fire multiple rounds as quickly as semi-automatics, but when extreme accuracy matters, the answer is the bolt action rifle. 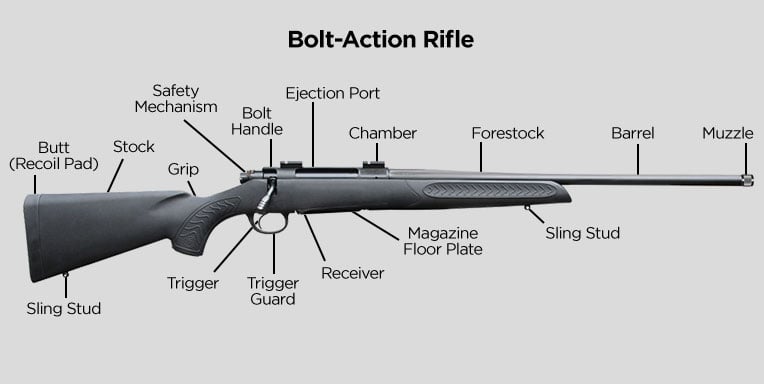 Stock:
Bolt-action rifles will have a fixed or adjustable buttstock. Being a highly accurate weapon the weld between the shooter's body and the weapon is critical. The stock must allow for a very secure and stable shooting platform.

Bolt Handle:
Unlike the semi-automatic, the bolt-action rifle will require the shooter to manually operate the bolt. The bolt handle will be lifted, which unlocks the bolt from the chamber. It will then be pulled to the rear, opening the chamber and extracting a spent cartridge, if one is present. The bolt will then be pushed forward, which will remove a new cartridge from the magazine and place it in the firing chamber. The final action is to lower the bolt handle, locking the bolt into a secure firing position.

Bolt-action internal magazine:
Larger caliber bolt-action rifles have an internal magazine. The rifle is loaded by bringing the bolt fully to the rear open position. The shooter then places cartridges into the open breech area and presses down into a spring-loaded magazine.

Magazine floor plate:
This is a hinged metal plate at the bottom of the receiver, which allows access to the magazine and covers the loading port in some bolt-action rifles.

Manual safety:
The safety mechanism will vary by manufacturer, but the most common location for the safety on bolt-action rifles is just behind the back of the bolt.

Sighting system:
While iron sights are available, because of the bolt-action rifle's accuracy, they are often replaced with optics better suited for longer distances. Most shooters prefer the enhanced sight picture that the fixed optics of a rifle scope give them. Rifle scopes are available in many different magnifications allowing a hunter to more clearly identify an intended target. Additionally, the crosshairs, elevation, and windage lines of a rifle scope allow the shooter to compensate for both wind and distance. 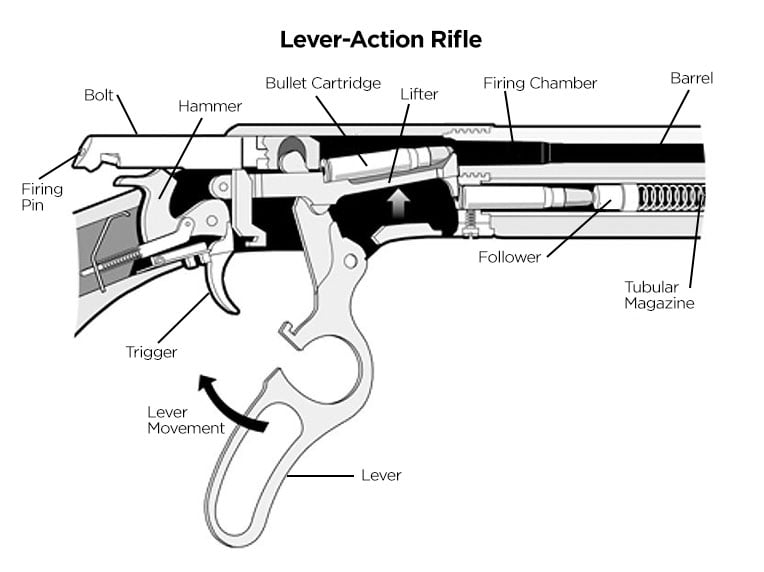 Many consider the lever-action rifle to be the gun that won the west. The unique action has not fallen out of favor with all hunters. However, there are some drawbacks, especially when compared to bolt-action rifles. The inner workings of the lever-action are a bit more complex than bolt-action rifles and many are more difficult to disassemble and clean. The fact that the magazine is a tubular design limits the ammunition used. Many of today's loads have a pointy bullet tip. When loaded in a tubular magazine, the point of the bullet is resting under spring-tension against the primer of the next round.

Taking all of this into consideration many hunters still swear that there is nothing like the Winchester model 94 to bring out the inner cowboy in us all.

The following parts are unique to most lever-action rifles.

The lever:
The lever is both a cocking lever and the trigger guard on many models. To work the action, the shooter pulls the lever down and forward. This forces the bolt to the rear and extracts any spent cartridge. The shooter then pulls the lever back and up to load the next round.

The lifter:
The lifter is a mechanism that lifts one cartridge from the end of the tubular magazine placing it into position to be loaded. This occurs during the forward movement of the cocking lever. The lever's second movement back and up loads the cartridge into the chamber.

Tubular magazine:
This fixed tube holds cartridges lined up in a row under the barrel.

The follower:
This spring-loaded plunger mechanism keeps tension on the cartridges pushing them back toward the lifter.

No matter what a shooter's needs are, there is a rifle to meet the challenge. The semi-automatics and automatic rifles are able to deliver maximum firepower with excellent accuracy. If extreme accuracy is needed for competition shooting or long-range hunting, then the bolt-action rifle is the best choice. Finally, if the lever-action appeals to a shooter's sense of adventure, many fine lever-action rifles are widely available.